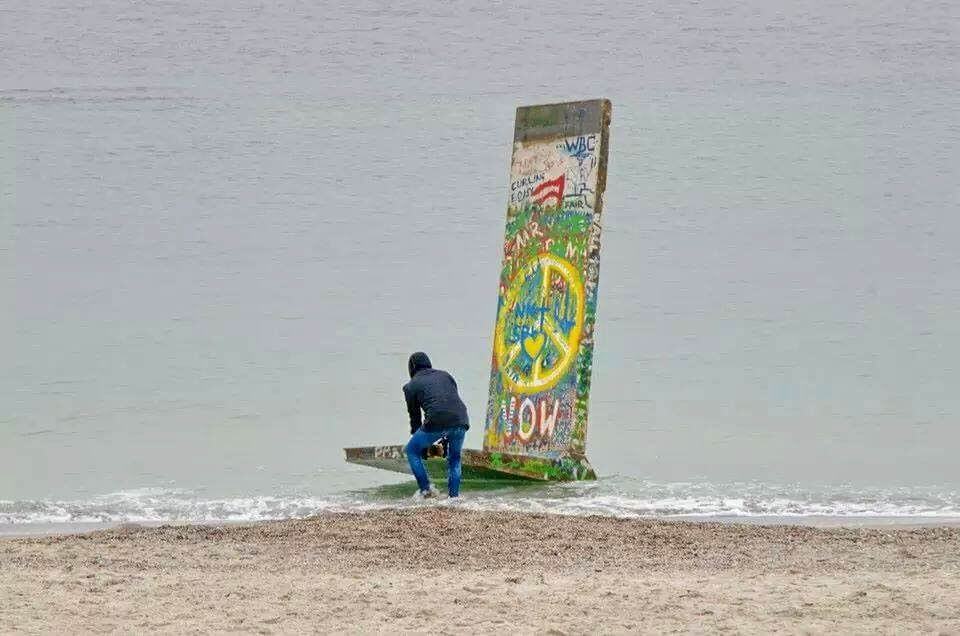 The installation was created by German artist Hans Martin Fleischer from foam plastic. It was first put on the Potemkins Stairs for Odessa residents to write peaceful wishes to Sevastopol. According to the artist, the main message to Ukrainians from Germany is idea of solidarity. He also said that the things tended to change, if there was people’s will: ‘We could only dream about the fall of the Berlin Wall, but it actually fell down at certain point”.