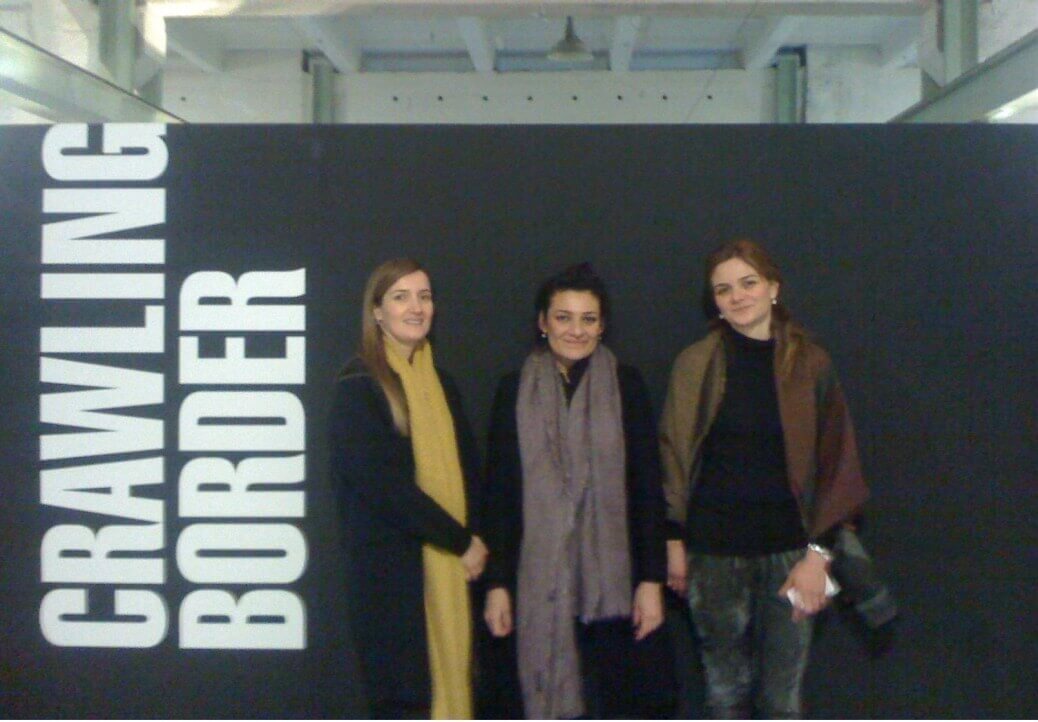 On 11 December “Crawling Border” Georgia’s international exhibition opened at Izolyatsia artistic space in Kyiv. The project represented Georgia at la Biennale di Venezia earlier this year, Ukraine is the first destination it traveled to after the biennial ended. Six Georgian artists Nia Mgaloblishvili, Ia Liparteliani, Sophio Shevardnadze, Rusudan Khizanishvili, Dima Chikvaidze, Irakli Bluishvili and their U.S. colleague Joe Sabia teamed up over the “Crawling Border” project. They won the national competition and the right to represent Georgia at la Biennale di Venezia in 2015. Georgian territories that have been occupied and controlled by Russia – Abkhazia and South Ossetia as well as the theme of reshaped borders are in the spotlight of the exhibition. “Twenty percent of our country’s territory is occupied. Borders that have been drawn are being moved,” says artist and project curator Nia Mgaloblishvili. The artist refers to continued cases when Russia-backed forces move administrative boundary fences that separate unrecognized republics deeper into Georgia’s territory. “’Crawling border’ is what we actually call it in Georgia,” the artist adds.

The exhibition is divided into six zones. It starts with a monochrome photo wall portraying the boundary fence – the one that is being constantly moved. The wall overlooks the mirrors installed at an angle that enables them to cut and deconstruct the space. Inside the black passage that leads to the next zone a video installation is projected. It is a collage compiled from pieces of international TV reports focusing on Georgia’s occupied territories. Sand on the floor signals entrance to another zone. Its “walls” are made up of glass jars with portraits of people inside, mostly children. They are the refugees from South Ossetia whose emotions are often left unheard, explains Nia Mgaloblishvili. In the last project room a video is demonstrated on which a moving convoy of military vehicles is overlaid on the road. Exhibition’s most eye-catching objects are also located in this closing zone. Half a dozen of toilet pans each with a set of headphones play audio text in Georgian. According to the artists these are unheard people’s voices that vanish being left without attention. “In real life Russian militants were dismantling toilet pans and taking them on tanks with them, they later put them on sale in the internet,” says Mgaloblishvili. She adds that it was shocking for the visitors to discover this episode. The curator admits it was both the biggest challenge and curiosity at La Biennale di Venezia to see how “Crawling Border” is perceived by a wider international audience that is often not familiar with the context. “Many people knew, those who didn’t were asking questions and learning. There were people crying,” elaborates Mgaloblishvili.

“It is very symbolic that our project is currently in Ukraine, that it continues its lifespan in Ukraine,” the curator says. “As there is the same problem and same situation here,” she adds.