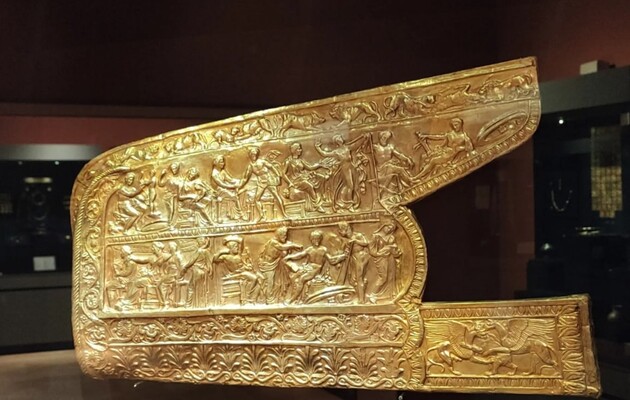 The stories of the staff of Melitopol and Mariupol museums reveal the gloomy decisions of the wartime and their impact on the cultural heritage of Ukraine after the invasion on February 24, 2022.

Leyla Ibragimova, director of the Melitopol Museum of History and Local Lore, was one of those abducted by Russian troops in March. She told the New York Times how the invaders, along with a Russian-speaking man in a white lab coat, tried to force her at gunpoint to take them to the Scythian gold museum treasury, which was hidden away in the museum storage.

Other historical artifacts were also hidden in boxes in the basement, and museum workers assumed that nobody would find them. They refused to show the location of antiquities, but the occupiers found them. The curator, whom Crimean Tatar activist Eskender Bariyev identified as Halyna Kucher, was released but abducted again and has not been seen since.

Ibragimova and Kucher proudly spoke about the Scythian gold collection, when it was exhibited in 2017 and 2021. “For the first time what was found in Ukraine remained in Ukraine,” Ibragimova said about gold products found during archeological excavations of mounds in Melitopol in 1954. “Before that, everything was sent to Moscow or Leningrad.”

It was also reported last week that among the stolen museum masterpieces, there were original works by Arkhip Kuindzhi, a Greek artist born in Mariupol in the 19th century. Mariupol City Council reported that “more than 2,000 unique exhibits” were looted from city museums by “rascists” (a common term that combines the words “Russian” and “fascist”), including the Gospel of 1811, created specifically in Venice for the Greeks of Mariupol”.

Earlier, Russia has looted more than a million artifacts from Crimea.