Home » The Veles Night: customs and beliefs around Ukraine’s own Halloween

The Veles Night: customs and beliefs around Ukraine’s own Halloween 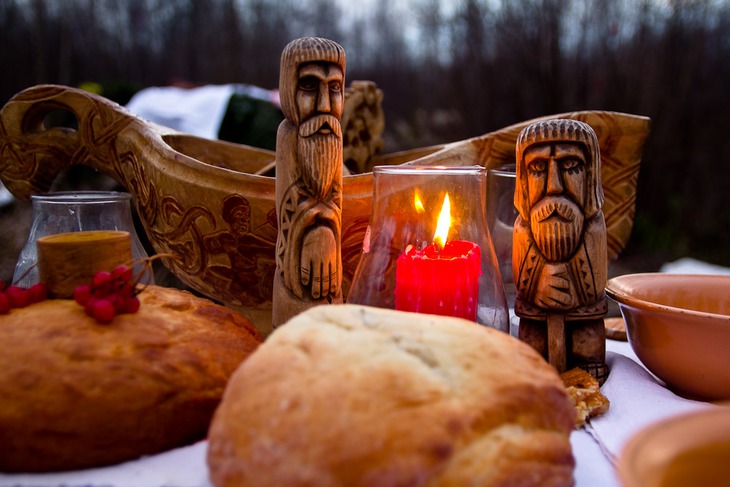 The night between October 31 and November 1 is not just the Halloween Night but also the Veles Night marked in Ukraine. Turns out these two holidays have very much in common.

It is believed that the Veles Night (the Night of Veles or Velesova nich in Ukrainian) is a night of big power, when the border between the worlds becomes thinner letting the ancestral spirits and the spirits of descendants unite into one joining the elements and their power. It is a family holiday in the first place. On the Veles Night spirits of ancestors visit their descendants sharing their power and blessing the family.

Before dark the fire was started, jumps over the fire as well as walking barefoot over the embers stood as a ritual that purified and liberated from evil forces. Veles Night celebrations were of particular importance to Ukrainians.

“Halloween is celebrated to scare away evil spirits, while in pre-Christian times on this night our ancestors welcomed the souls of their dead family members to their homes,” says Ihor Bakon’, head of “Svarga”, a Ukrainian pagan community. “Veles was considered not just the god of wisdom and prosperity but also the patron of Nava – the world of spirits, that’s the true meaning of this holiday,” Bakon’ proceeds.

It is also believed that on the Veles Night it is easiest to reach the subterranean pool of subconscious and get the power if one overcomes their fear.

At night treat on a plate was placed outside for souls of the dead. A candle was put on the windowsill being a lighthouse for the souls ready to come to the descendants and help out. The treat included apples, pumpkins, courgettes and autumn flowers. People would remember their family members and loved ones who passed away but without sorrow.

During the Veles Night the “guests” would be invited by saying: “our ancestors, come to us, this treat is for you.”

The spirits would be invited not only as a gesture of remembrance but also to ask help or advice of them. If an ancestor comes in a dream, it was considered a good sign.