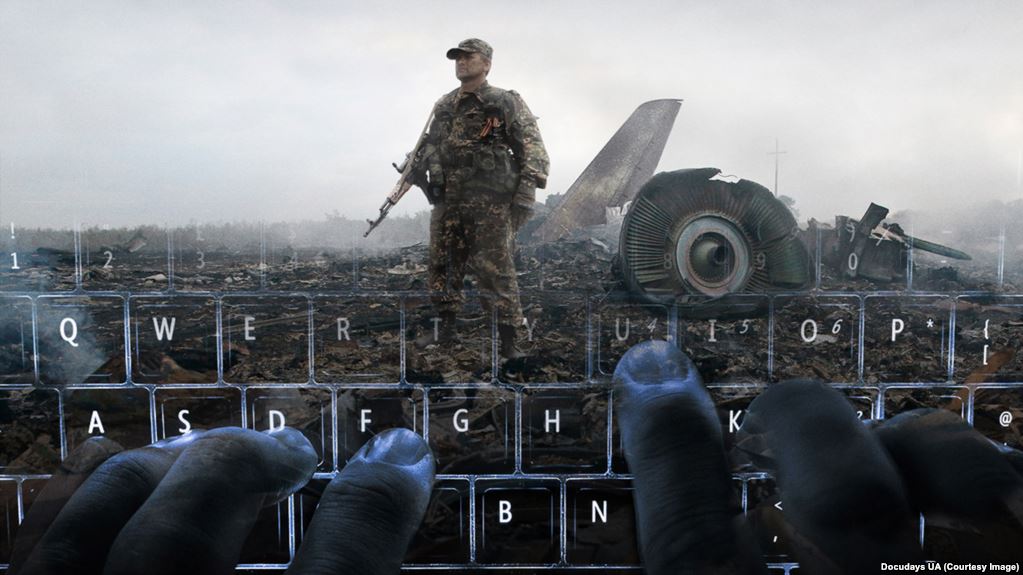 Digital rights are at the center of the current edition of the International Human Rights Documentary Film Festival Docudays UA taking place in Kyiv, Ukraine between March 22 and 30.

“In 2012 a new term was coined – ‘digital rights’. Back then the Human Rights Council of the United Nations adopted a resolution stating that the same rights that people have offline must also be protected online,” the organizers of Docudays UA said as quoted by the Ukrainian media “Khmarochos”. “In April 2014 the Committee of Ministers of the Council of Europe adopted the Guide to Human Rights for Internet Users based on the European Convention on Human Rights,” the festival representatives add. Nevertheless human rights in the digital dimension are not duly respected, they proceed.

The program of this year’s Docudays UA takes a look at the ways to protect children, LGBTIQ+ community, people living with HIV online as well as at the ways to combat xenophobia and other violent manifestations of intolerance.

Among the films to go on screen at the festival are “Bellingcat: Truth in a Post-Truth World” by Hans Pool – featuring the renowned OSINT group Bellingcat casting light on the MH17 case, the Skripal case suspects and the attacks in Syria; “The Cleaners” by Hans Block and Moritz Riesewieck diving into the industry of online content moderation and “The People’s Republic of Desire” by Hao Wu capturing the routines of live streamers and taking a closer look at virtual relationships.

The present edition of the festival’s visual identity was created in collaboration with Ukrainian artist Oleksiy Sai. “Oleksiy Sai’s fingerprint series of works are made in Microsoft Excel, a program designed to process big volumes of data and is associated with being precise as in reports as well as with monotonous routines of the digital world,” explains Darya Averchenko, member of the festival’s selection committee and PR director. “With his works full of irony Oleksiy explores the layer of the office culture that emerged just several decades ago and influenced the motives, aggression reasons and the overall identity of modern people,” Averchenko sums up.

This year Docudays UA also plans to start a public campaign against cyberbullying and cyber-grooming. Alla Tyutyunnyk, festival team member, told “Radio Liberty” that Ukraine is not keeping the official track record of such cases, while the European Court of Human Rights has already considered such cases.

“Our analyst is currently collecting this data. We plan to have held the campaign and initiate respective amendments to the legislation prior to the next festival edition. We expect that it will help us protect our children and not only them from these horrific phenomena,” the festival organizer said.

According to the Docudays UA program director Viktoria Leshchenko, it’s quite an ordinary practice, in the US in particular, that documentary filmmakers do not limit themselves to creating a film that exposes a certain social problem. They often engage into campaigns to lobby the changes to help solve these problems, the festival’s chief programmer added.

“This year we have chosen three films that fall into this category, they’ve made a huge impact. One of them – “Minding the Gap” was actually shortlisted for the Oscars. Another film, ”Death by Design” is an investigation into toxic waste and production in China of Apple, Hewlett-Packard and IBM – very scandalous facts at the time. The third film in this program – “Unrest”, is about an American film director experiencing the chronic fatigue syndrome,” Leshchenko explained.

The Docudays UA program director added that people – the brains behind the campaigns following the above docs, will come to Kyiv to hold masterclasses for Ukrainian activists and all interested.

“Our idea is to show that documentary films can make an impact, change certain issues or at least change our perception of them. (We also want to show) that human rights defenders and documentary filmmakers can team up to produce such works and such campaigns,” Viktoria Leshchenko said.

Current edition of Docudays UA is to screen 27 Ukrainian documentaries. Some are part of the competition, while this year the festival has also introduced an out-of-competition section comprising six Ukrainian films and dubbed “National Geographies”.

Two more Ukrainian documentaries – feature-length ones, “My Father is My Mother’s Brother” and “Home Games”, will screen in the DOCU/BEST section. These films have already made a round on the international film circuit and received a number of awards.

Docudays UA keeps calling for the release of Oleg Sentsov and all other Ukrainians held prisoners in Russia and in the occupied Crimea. The festival will screen the Ukrainian film “Convoyed across Half the Earth: The Story of Sentsov and Kolchenko’s Imprisonment” tracing the forced 20 thousand kilometers the two Kremlin’s hostages made while transferred to the colonies north of the Arctic Circle in Russia.

Another Crimean, Kremlin’s prisoner Volodymyr Balukh is featured in the documentary to premiere at the festival. “Balukh” is produced by the journalists of Radio Liberty’s Krym.Realii (Crimea.Realities) project who encountered extreme difficulties while filming on the annexed peninsula – de facto law enforcement was following them.

The film will be followed by a discussion on how to access the information about the occupied Crimea and Ukrainian political prisoners in Russian custody as the freedom of speech is shrinking and the pressure on the journalists is rising on the peninsula.

A Ukrainian VR studio New Cave Media recreated the events of February 20, 2014 – the deadliest day of the Revolution of Dignity when dozens of the protesters were killed. “Aftermath VR: Euromaidan” reconstructs “the street where the bloodshed happened, as it is today, using photogrammetry and CGI. The viewers of the experience can follow the path of the protesters that were reclaiming the street from the police forces. The story is a chronicle of that day with a strong emphasis on archival footage,” the project description reads.

The 16th International Human Rights Documentary Film Festival Docudays UA will screen over 70 documentaries from 38 countries accompanied by a wide array of side events ranging from industry pitching sessions to the human library.