The new law is set to support film production in Ukraine 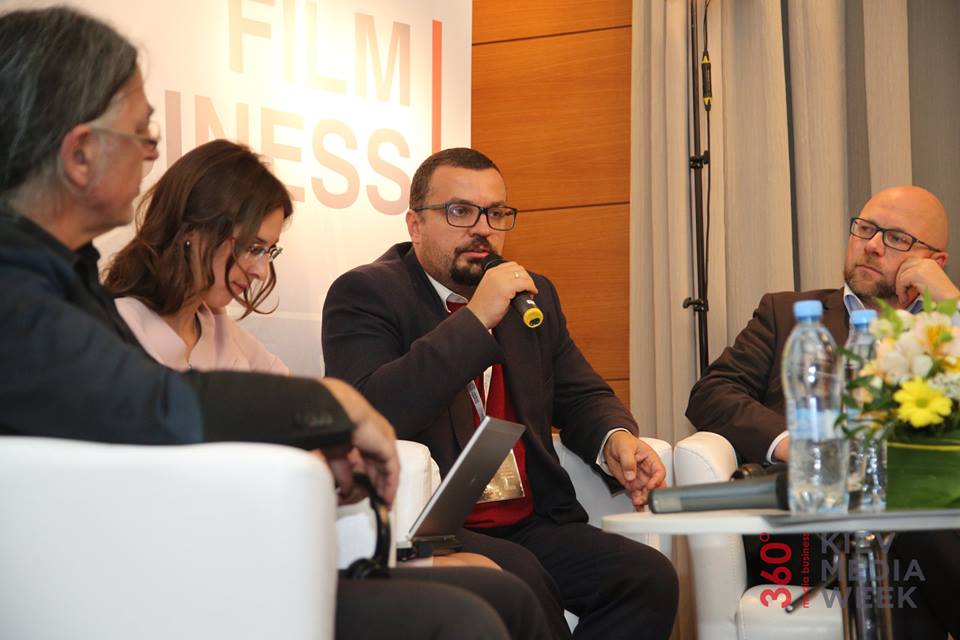 On 22 September Ukraine’s Parliament passed the Law “On state support to film production in Ukraine”. A day earlier at an industry event Head of the Ukrainian State Film Agency and industry professionals spoke about the law and the new opportunities it grants for Ukrainian film production.

The Law “On state support to film production in Ukraine” was adopted by the Verkhovna Rada (Ukraine’s Parliament) on 22 September. It was drafted with participation of industry professionals including Ukraine’s biggest production and film studios.

A day earlier, on 21 September Head of the Ukrainian State Film Agency and industry professionals explained the law during the panel discussion “On state support, financing and legal initiatives to development of cinematography” that took place within the international film production conference – part of the Kyiv Media Week event. Discussion participants also spoke about the current state of play in the industry as well as about the changes they expect to come.

Current state support to production of films in Ukraine

According to Pylyp Illenko, Head of the Ukrainian State Film Agency, the agency’s budget in 2016 constitutes about USD 10 million. Thirty state-supported feature films are in production including one animation film. Budget estimate for 2017 that the agency submitted to the Verkhovna Rada a week earlier foresees a twice bigger sum – over UAH 500 million (almost USD 20 million) of budget money.

The focus of the state support will be mainstream feature films, said Illenko. “We want to shift the attention of our public support from the arthouse projects we used to support all the time to the projects that have more chances with the large audience inside Ukraine,” he explained. “Our country is big enough to have internal film market. And we need a lot of films to fill in the gap that was left after we banned most of the Russian films in Ukraine for propaganda reasons.”

Speaking on the updates on copyright that the new law introduces Illenko said that the state becomes copyright owner if film production was financed by 100 per cent with public money. Should the support amount be less, the copyrights stay with the producer, he explained.

Changes to procedure of state support, amount of funding

Yevhenia Derbal, legal advisor at the FILM.UA Group – Ukrainian media group the activities of which include development, production and distribution of films, spoke about key provisions of the new law. “State Fund for support of cinematography will be established, it will be managed by the Ukrainian State Film Agency,” explained Derbal. “Council for support of cinematography will be a decision-making body. It will consist of nine members selected for two years. Seven of them will be chosen by industry professionals, one by the Ministry of Culture and one by the Ukrainian State Film Agency,” continued Derbal.

According to the legal adviser, the law establishes a fixed sum of the annual state support for film production. It amounts to 0,2 per cent of expenditures of the state budget from the previous year.

Animations, films for children, debut and documentary films can be subject to 100 per cent state support. Feature and animation films can be state-financed by 80 per cent, TV series and animations – by 50 per cent. “Only national films are eligible for state support,” Derbal went on. Films are qualified “national” if their sound component is [mainly] in Ukrainian or Crimean Tatar languages.

The law also foresees state support for purchasing of mobile digital systems for film screenings in towns with population below 250 thousand people. Another tool that becomes available is reimbursement of the interest rate on bank loans for construction of new cinema houses.

The law introduces subsidies for distribution and promotion of films as well as for the events of film commissions that aim to popularize Ukraine as a film location.

Photo: Kyiv Media Week. Pylyp Illenko, Head of the Ukrainian State Film Agency speaks about existing state support to film production in Ukraine as well as about the opportunities that the new law grants.

On the left – Yevhenia Derbal, legal advisor at the FILM.UA Group, on the right – Rolandas Kvietkauskas, director of the Lithuanian Film Centre.