Ukrainian film awarded Grand Prix at a festival in Japan 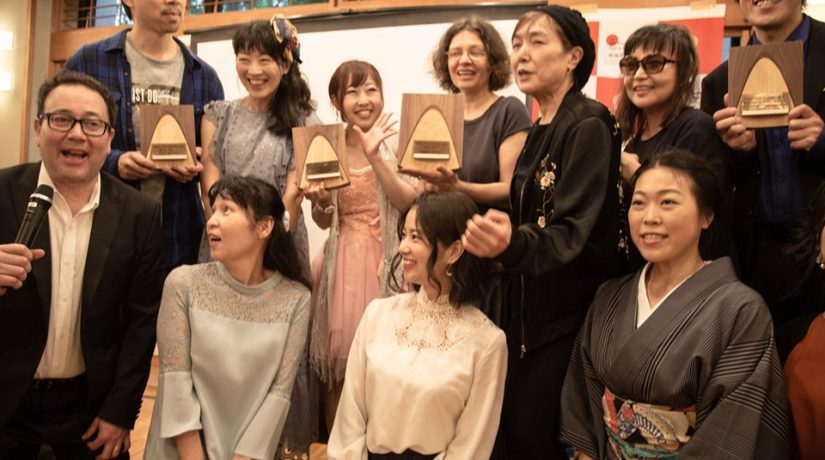 The film was produced with the support of the Ukrainian State Film Agency that also spread the news. “Hutsulka Ksenya” will also have a theatrical release in Japan.

“It is good news that the first musical film in Ukraine’s newest cinematographic history produced with the state support was internationally awarded,” said Pylyp Illenko, Head of the Ukrainian State Film Agency. “We got a powerful proof to the fact that Ukrainian cinema and culture on the whole – renewed and represented in a modern language, are extremely interesting to the world,” he proceeded.

Mt. Fuji – Atami Film Festival was held between June 28 and July 1 in the resort city of Atami or “Japanese Hollywood”. The festival’s selection committee considered over 1.200 films from across the globe. The fiction feature film section in which “Hutsulka Ksenya” screened comprised only five movies. Japanese actress Kaori Momoi handed over the festival’s Grand Prix to film director Olena Demyanenko.

“Hutsulka Ksenya” is based on the same-name novel by Yaroslav Barnych, a pioneer of modern Ukrainian operetta whose works were banned in Ukraine for a long time. Olena Demyanenko is the film director and screenwriter. Together with Dmytro Tomashpolskyi she is also the movie’s producer. The cast is international: Varvara Lushchyk (Ukraine), Maksym Lozynskyi (the U.S.), Olivier Bonjour (Belgium), Ihor Tsishkevych (the U.S.), Kateryna Molchanova (Ukraine) and Solomiya Melnyk (Ukraine, “Dakh Daughters” band).

The film sees a group of Americans arriving in Ukraine’s Vorokhta with a mission to find a bride for young Yaro. According to his father’s testament, Yaro will get one million dollars if he gets married to a true Ukrainian.