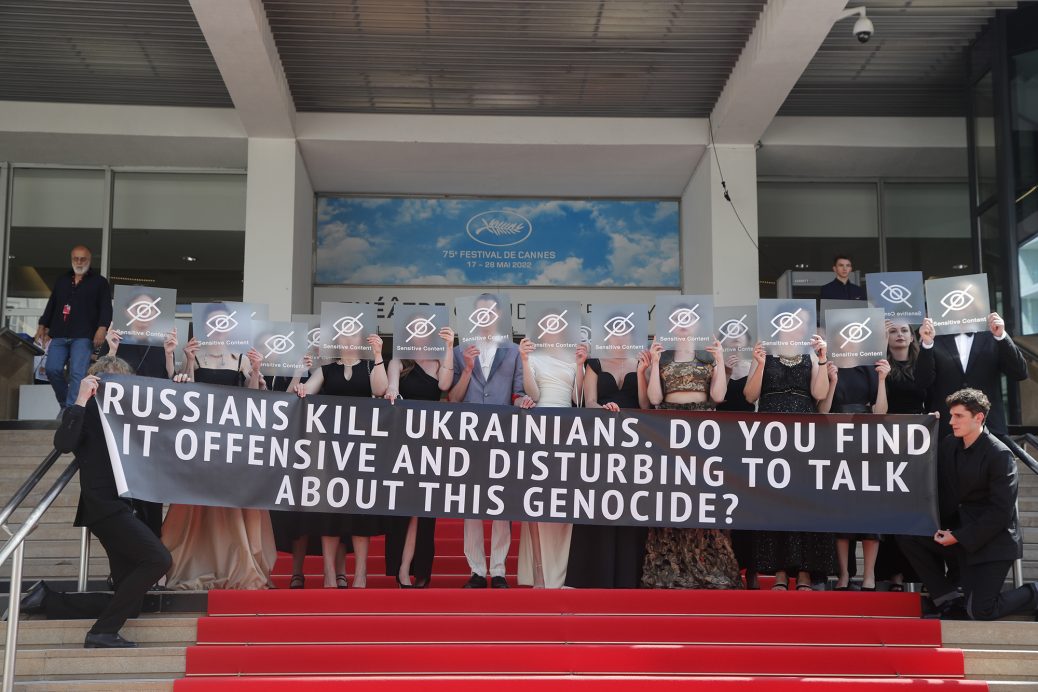 Walking the red carpet with the siren on and a call to release the Ukrainian paramedic from Russian captivity: the film “Butterfly Vision” premiered in Cannes.

The Ukrainian film “Butterfly Vision” was presented at the Cannes Film Festival.

The premiere of the Ukrainian film “Butterfly Vision” took place in Cannes. 1+1 media reported about the ceremony of the film showing and reminding of the war in Ukraine at it.

Correspondent Olena Kvitka reported live from Cannes and told about the premiere of the Ukrainian film “Butterfly Vision” directed by Maksym Nakonechnyi. The film was presented at the Cannes Film Festival in the Un Certain Regard section. The film tells the story of a Ukrainian female soldier who is trying to start a new life after being released from Russian captivity. “Butterfly Vision” is about a war that changes people’s destinies.

Usually the red carpet walking ceremony in Cannes is accompanied by French melodies, but the film “Butterfly Vision” greeted guests with the sound of sirens to remind them once again that Ukraine is at war. It is these air raid sirens that Ukrainians hear several times a day due to constant Russian attacks.

In addition, the film crew and its director organized a protest against the war in Ukraine: on the red carpet, before the presentation of the film “Butterfly Vision” they held up screens of eye crossed sign in front of their faces. This sign means “Sensitive Content” on social media. They also unrolled a banner saying: “Russians kill Ukrainians. Do you find it offensive or disturbing to talk about this genocide?”

Earlier, the film director appeared at an official photo shoot in Cannes in a T-shirt calling for the release of Tyra. This is a Ukrainian paramedic captured by the Russians in March in Mariupol.

Maksym Nakonechnyi gave an exclusive comment on these actions:

“So we wanted to explain that if we sometimes seem inappropriate, too radical, too outspoken, too desperate, it’s only because we are being killed every minute; our authenticity, our essence is under attack; it is being destroyed and we have to defend it. “

There were many embroidered shirts and Ukrainian flags at the premiere of the film “Butterfly Vision”, and after the film the audience sang the anthem of Ukraine.