Ukraninan short film to compete at the 2021 “Oscar” Academy Awards 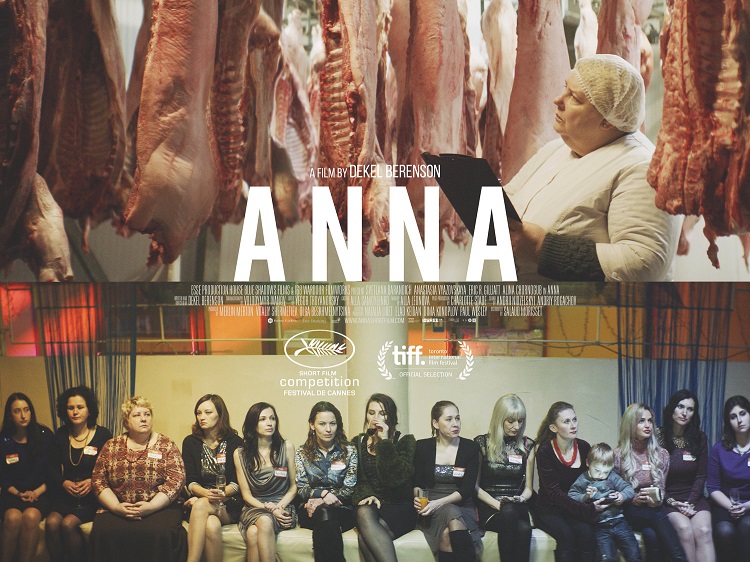 “Anna” a 15 minute short film directed by Dekel Berenson, an Isreaili born UK based writer and director, was presented at the Cannes Film Festival in 2019. The campaign promoting the inclusion of the film at the OSCAR- 2021 awards in the “Best short film” category will start this summer.

Director Berensnon focuses his art around the theme of real-world social and humanitarian issues. “Anna” was inspired by Dekel’s countless trips to Ukraine and the misfortunate lives of women he encountered on the way.

In the first half of the interview Beshmelnitsyna describes how the collaboration between Berenson and herself originated, how its like to make a short film and where the funding came from, and lastly she discusses the overall portrayal of Ukraninan women in the film.

Brenson got in touch with Beshmelnitsyna through a mutual friend and offered her a collaboration on “Anna”. The producer was immediately interested once she saw the script and was eager to share the ongoing issue of sexualizing Ukrainian women with the whole cinematic world. She explains that Ukraine’s so- called marriage agency is flourishing on the pain of poverty- stricken desperate Ukrainian women looking for their only chance out- a wealthy man from abroad. While some really come to Ukraine in search of a serious relationship, for others it’s just a fun trip which sadly isn’t always harmless. Starting with financial ripoff from the
agency and ending with sexual assaults. The threatening business of Ukrainian marriage agencies needs to be spoken about abroad, thus having a foreign director is a great advantage for the movie to have a big impact and overall success. Another positive aspect of working on this project was the fact that it was privately funded, therefore everything was conducted quickly and efficiently, notes Olga.

The location where the act took place was never specified, although it was stated that the events were based in Eastern Ukraine. Olga states: “we didn’t try to create a specific geographical context, although the name Pervomaisk was mentioned in the film”. The locations of the shooting were also revealed: Kyiv and Kryvyi Rih.

When asked how exactly did the production team look for the leading actress, Olga mentioned that the casting was one of the most important stages of the project. Berenson had a clear idea of how he sees the main character. He wanted her to look organic in the frame, act less and be
herself.

The film centers around Anna, the main character working at a meat factory, applying to a marriage agency in search of real love. Anna breaks stereotypes and falls out of context in comparison to others who visit the agency in search for easy money. “While hyperbolizing different situations in the film, we are talking about eternal values, regardless of geography,
because this issue is not unique to Ukrainian realities”, expresses Beshmelnitsyna. The main aim is to start a global discussion and attract attention not so much to a romantic plot line of the film, but to social issues, which are expressed through various kinds of discrimination- through age,
social status. Olga hopes that the Ukrainian audience will be able to watch the film during the “Open Night” program in August.

In the second half of the interview, the producer Beshmelnitsyna, opened up on her perspective regarding “Anna” having the possibility to win the prestigious award and shared her thoughts on how to improve the international image of Ukraine in the film industry.

Olga believes that the key to the success of the film is getting people to talk about it. “Our goal is to get as many people as possible to know about the film. We will involve influencers, opinion leaders, famous Ukrainian and world figures who will be ambassadors of our film.” The campaign will take place in several countries such as the UK, Ukraine and the United States.
Thanks to having British partners, “Anna” will also get major screening time in the best locations of LA, London and New York.

The producer also notes that lately the cinematic world expresses immense interest in Ukraine’s cinema production; this was observed when “Anna” was promoted in Cannes, Toronto, at the Festival of Independent British Feature Film, at BAFTA.

When asked how Olga assesses “Anna’s” chances for an Oscar, Olga brings up the aspect of the viewer having a personal connection with the movie character. “Anna” was viewed by 55 thousand people when the Cannes Film Festival gave access to films online. It received numerous positive feedback. The story is universal and understandable to the viewer anywhere in
the world- it’s about a woman’s search for love, about loneliness, about the desire to find a loved one.

Olga believes that the road to improvement of Ukranian film production lies primarily through education. “Movie production involves team teamwork, and the overall result depends on the effectiveness of each person’s talent. Professional training is needed not only in Ukraine but also
abroad”, states the producer.