Go-A will represent Ukraine at Eurovision 2020 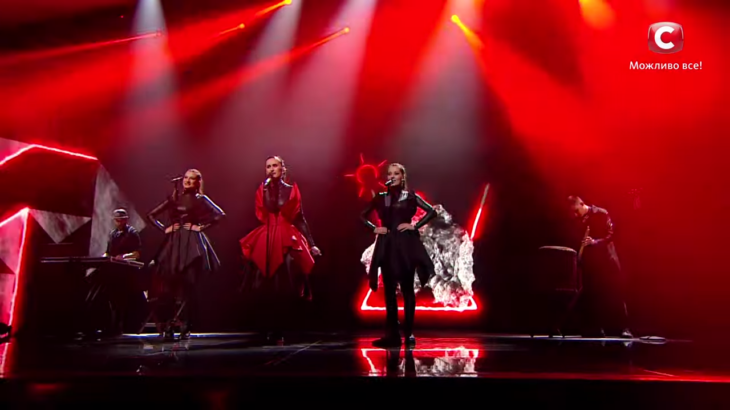 Go-A will represent Ukraine with an authentic Ukrainian song at Eurovision 2020.

Go-A got the maximum score both from the jury and audience.

Go-A will represent Ukraine at the Eurovision Song Contest – 2020 with the song “Solovey”.

Go-A won the Ukrainian National Final for the Eurovision Song Contest after earning 6 points from the jury and audience.

The name of the band can be interpreted as a call to return to the origins: “Go” and the letter “A” is used by musicians as the ancient Greek “Alpha”.

Go-A skillfully combines folk vocal and melody with dance beat and electronics. Thus, the band was one of the first to perform in the now popular style, but due to lack of finances, musicians rarely went outside the walls of small clubs.

Yet, over the years of its existence, the band was featured in various festivals such as Jazz Koktebel, White Nights, Country of Dreams, Gogolfest, SHEFest and others.

Their first hit was Vesnyanka. The song became the winner of The Best Track in Ukraine, was in top ten Dance charts for 6 weeks and was nominated for the Discovery of the Year awardby Kiss FM.

Go-A released their first full-length record in the fall of 2016. It was called # Idinazvuk.” Its track list included the successful Sun, Zhalmenina, In Color Paints and, of course, the Vesnyanka hit.

This year Eurovision will be held from May 12 to 16 in Rotterdam, the Netherlands. Ukraine will participate in the first semifinal.