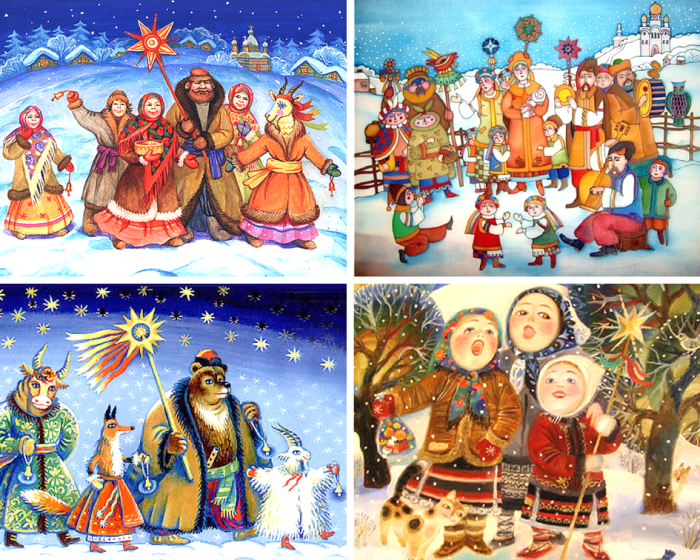 There is a stereotype about Ukrainians that we are a singing nation. Yes, we do love and know how to sing, we have many song traditions, singing techniques and a rich profusion of songs. Although other nations are also good at singing, and singing competitions remind of a mythical contest of melodious languages.

Nevertheless, the issue of songs in Ukraine has a special feature. Our lands were a birthplace of numerous hits, which have become key songs of other nations. In this article, we will consider five most famous examples.

Of course, this rating should start with Shchedryk, probably the most famous Ukrainian song in the world. This is a folk song, arranged by Mykola Leontovych, and popularized by the Ukrainian National Chorus conducted by Alexander Koshetz during their world tours. In 1936, Peter Willhouski (aka Petro Vilkhovskyi) wrote the English lyrics of Shchedryk – Carol of the Bells, and since then no one can imagine Christmas in the UK, Canada, the USA or Australia without this carol.

When creating the world-famous hit Summertime, George Gershwin, according to a version, was inspired by the Ukrainian lullaby Oy Khodyt Son Kolo Vikon (The Dream Passes by the Windows).

In 1926, Koshetz’ Chorus performed this song in New York. Gershwin wrote his hit in 1934. Summertime is an aria from the opera Porgy and Bess and is also a lullaby. Today it is one of the most popular jazz standards, with over 23,000 records.

The Jewish hit Hava Nagila probably also comes from Ukraine, more precisely from Bukovyna. This song is not very old; it is a little over a hundred. According to one version, it was made in Sadhora near Chernivtsi. The Jews from this town took the song with them to Palestine, where it was recorded and arranged by the famous Jewish composer Abraham Zvi Idelsohn. According to the composer, he needed a folk song for a choir for a holiday concert in 1918. He chose the melody he heard and wrote lyrics to it in Hebrew. After that, the song quickly gained popularity. Initially, it was performed much more slowly, but acquired its modern sound in the 1930s. It is traditionally sung at weddings and bar mitzvahs. This is the first musical association with Jewish culture.

If someone in the world wants to portray Russians, the background to the balalaika, matryoshka dolls, kokoshniks and Kalashnikov rifle will definitely be the song “Black Eyes”. The author of the text is Ukrainian Yevhen Hrebinka: a nobleman, writer, fabulist from Poltava region. He published this poem in 1843 in the Literaturnaya Gazeta. He wrote the text during a visit to a fellow landowner, Staff Captain Rastenberg, in the village of Rudka. The poem is dedicated to his daughter Maria, whom Hrebinka married the following year.

The music to this song appeared in 1884. It is based on the melody of German Florian Hermann’s Valse Hommage. It was popularized by Russian singer Fyodor Chaliapin.

The history of the Polish hit number one is also closely connected with Ukraine. The song “HEJ, SOKOŁY,” according to one version, was written by Tymko Padura, a representative of the so-called Ukrainian school of Polish romanticism. Padura lived in Makhnivka near Vinnytsia and was fond of the Cossacks. He wrote in Polish and Ukrainian, in particular songs, collected epic ballads, and begged. None of his collections of works has the text ” HEJ, SOKOŁY “, so the hypothesis of his authorship is questionable.

The oldest version of this song was called “Regret”, and it did not mention Ukraine at all, but in the middle of the XIX century “green Ukraine” and “Black Waters” (Black Sea) appeared in the text. And in 1917, the first line of “Hey, Sokoly” appeared. In the early XX the song became very popular in Polish youth organizations and was actively sung during the Polish-Soviet War (1919-1920). Jerzy Hoffman used it in the film adaptation of Senkevich’s “With Fire and Sword.”

Today the song is popular not only in Poland and Ukraine, but also in Slovakia, Belarus and Lithuania.