Champions League Final 2018 in Kyiv – a ticket to civilization tram 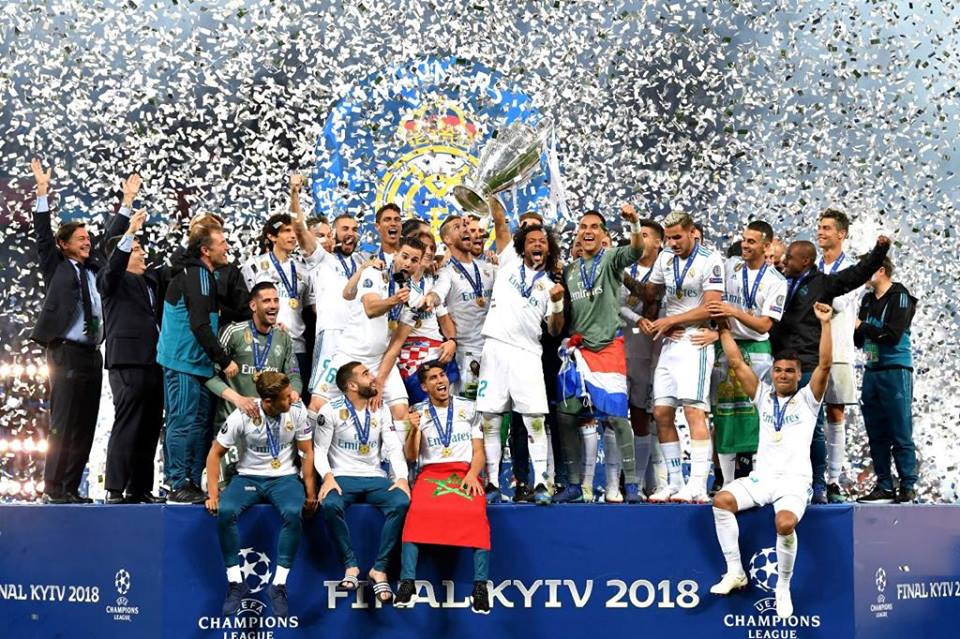 Champions League Final in 2018 took place in Kyiv. The central stadium of Ukraine’s capital has hosted only three football matches of such a high status.

In 1975, at the times of the Soviet Union, the return match of UEFA Super Cup between Dynamo and Bavaria was played at the Republican stadium in Kyiv.

In 2012, the Olimpiyskiy National Sports Complex hosted the European Championship Final between Italy and Spain. 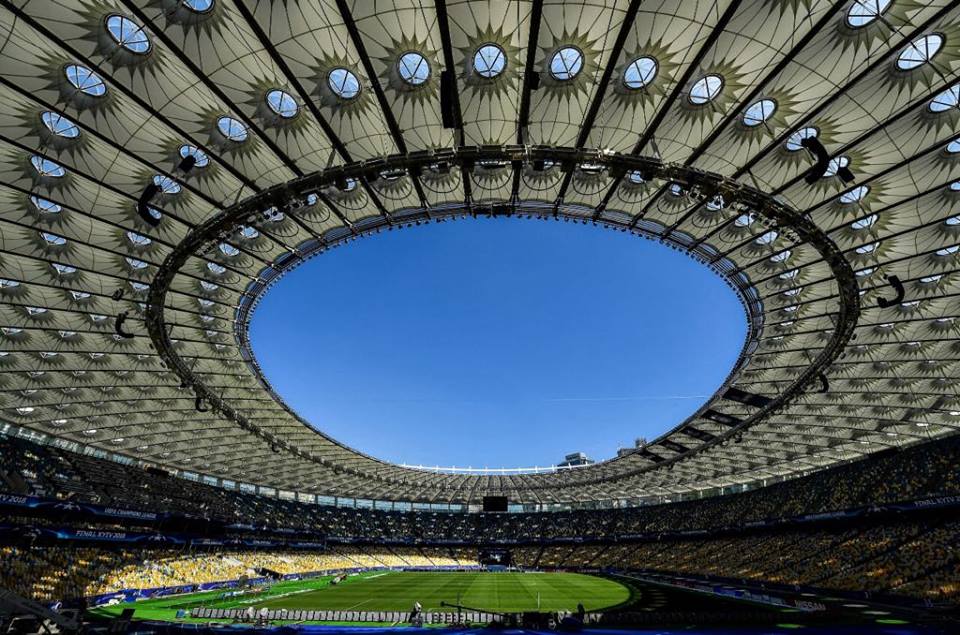 This year the Champions League itself has come to Kyiv. 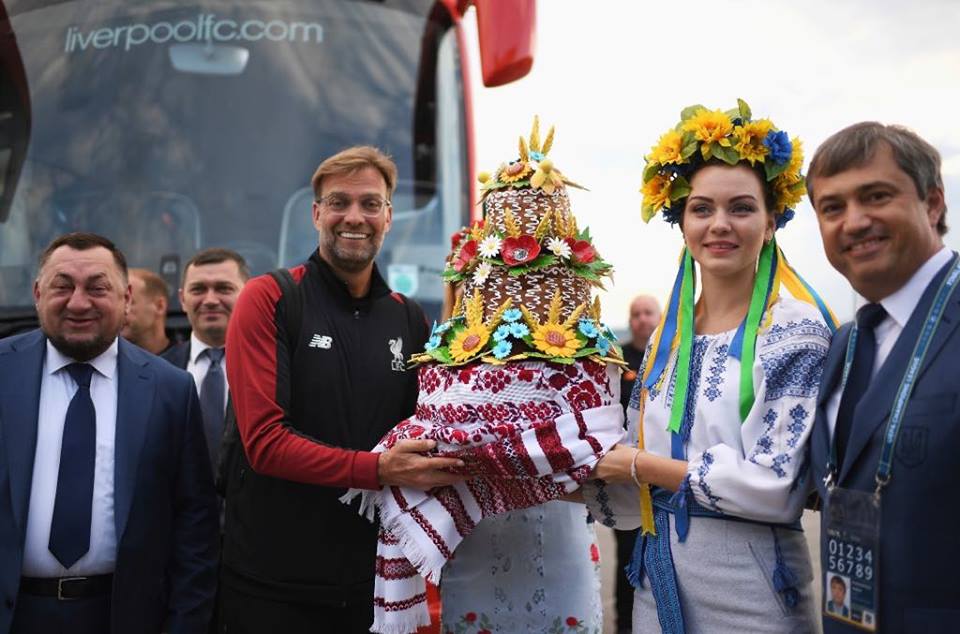 UCLF – this abbreviation has quickly become clear not even to football fans: UEFA Champions League Final. The decisive game of the world’s most attractive club tournament increasingly gains in importance. Marketing technologies, along with publicity, create a unique event image for a match. Many cities are already in the queue of contenders for the right to host one of the following matches, because it is direct earnings, and an invaluable contribution to future development. 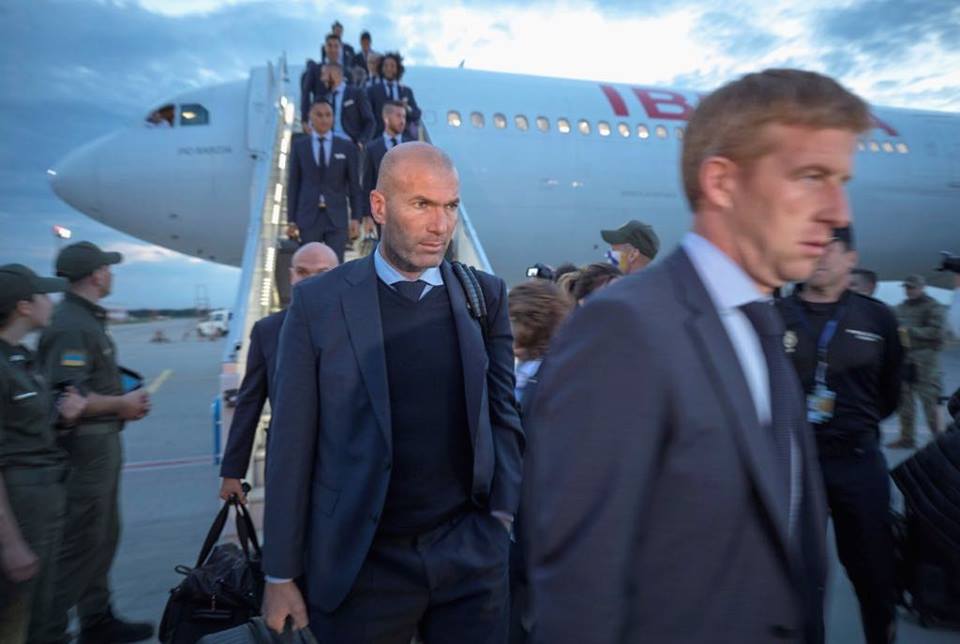 Coach of Real Madrid Zinedine Zidane at the ramp of the plane. Image credits: Mykola Vasilkov

Ukrainians were very lucky that the final pair was formed by two legendary teams. Together, “Real” and “Liverpool” won the trophy 17 times before the final, with “Real” as the absolute record holder, and on Saturday it added the 13th victory to its previous 12- a baker’s dozen! 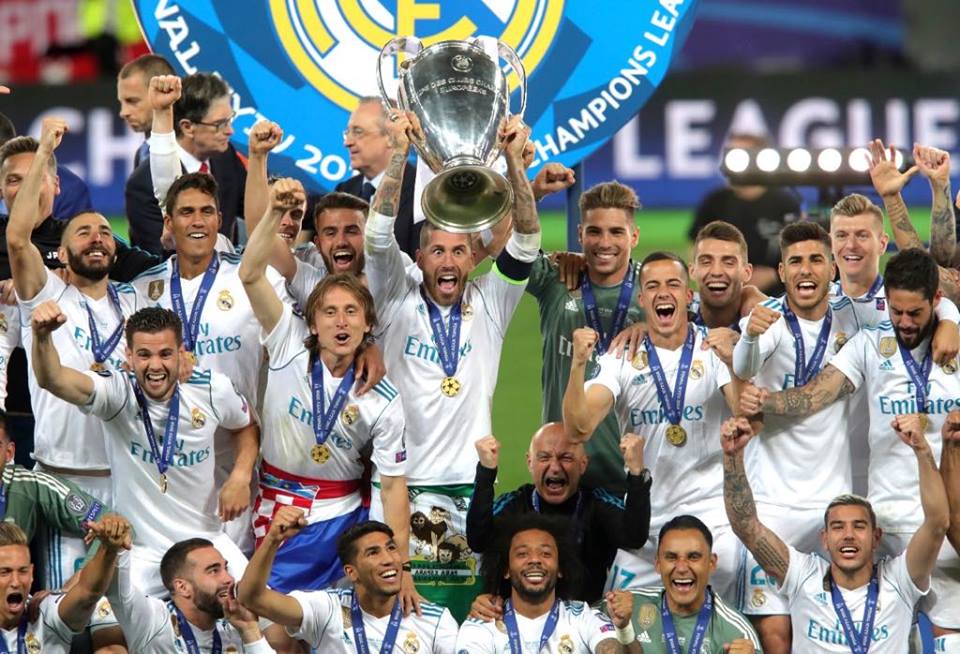 “Real” has won the Champions League three times in a row. No one was able to win this tournament, which replaced the Champions Cup, even twice in a row before.

And this is “Real’s” fourth victory over 5 years, which proves the domination of Zinedine Zidane’s team in European club football, as well as in the mid-50’s when the history of the famous tournament began. 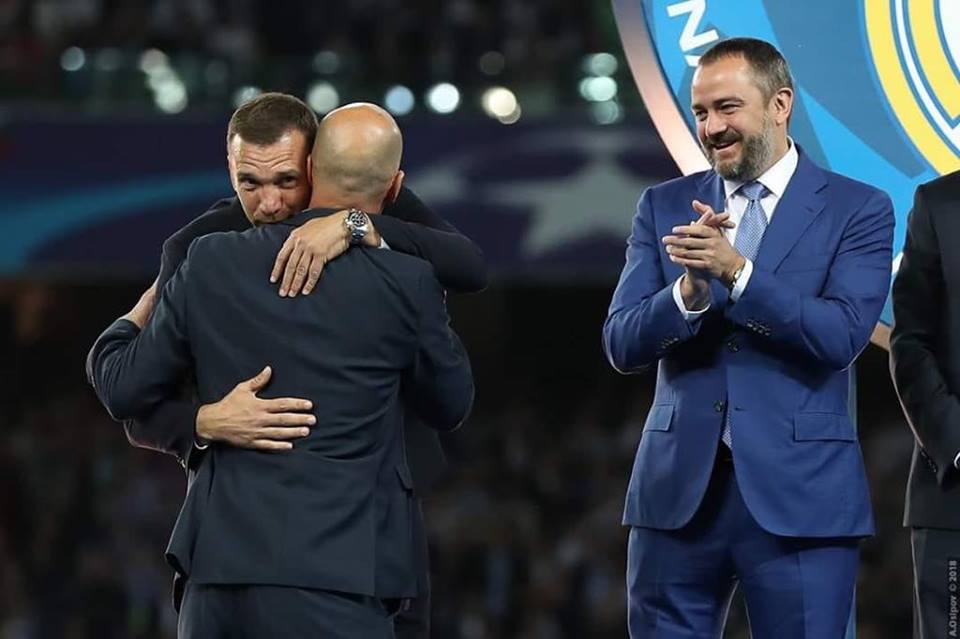 You could meet not only a lot of modern stars but also star veterans of football on Khreshchatyk – the central street of Kyiv. Ian Rush and Steven McManaman, Christian Karembeu and Marcel Desailly, Square Gull and Jerzy Dudek, Cafu and Clarence Seedorf, Serhiy Rebrov and Andriy Voronin. 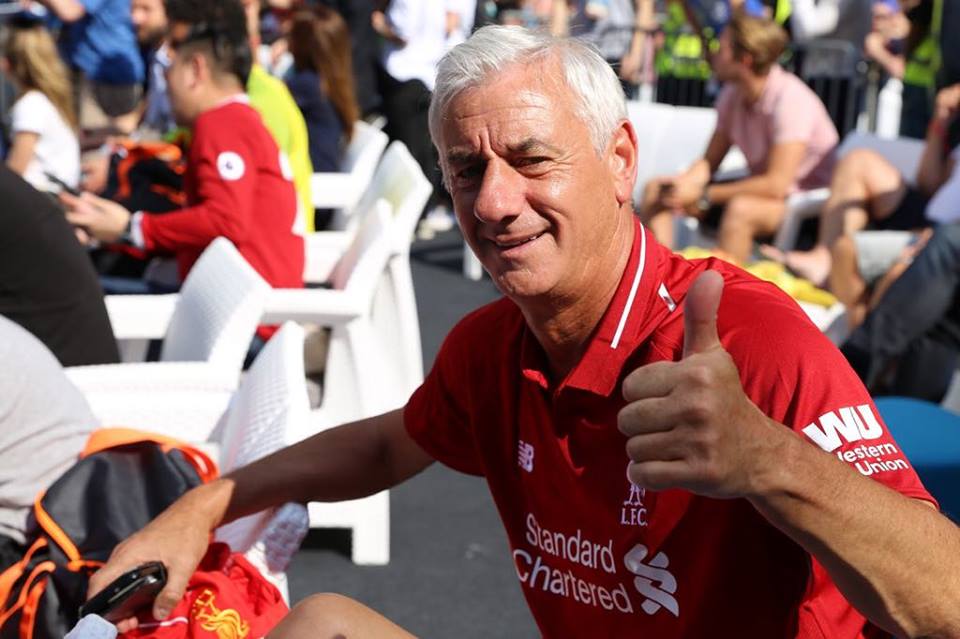 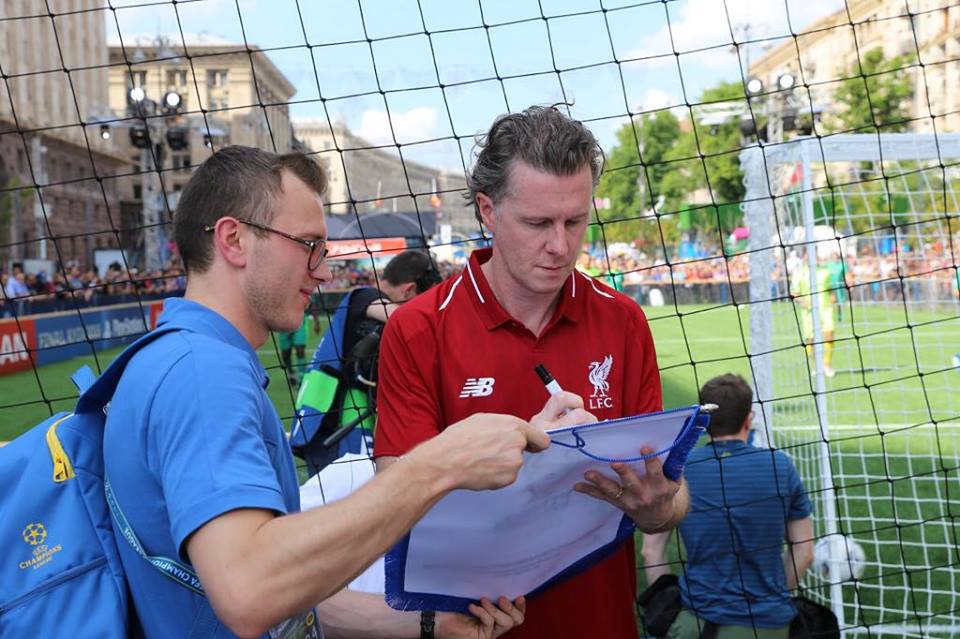 A tournament was held in front of the city hall with the participation of two brothers Klitschko – mayor of Kyiv Vitaliy and former world champion Volodymyr. 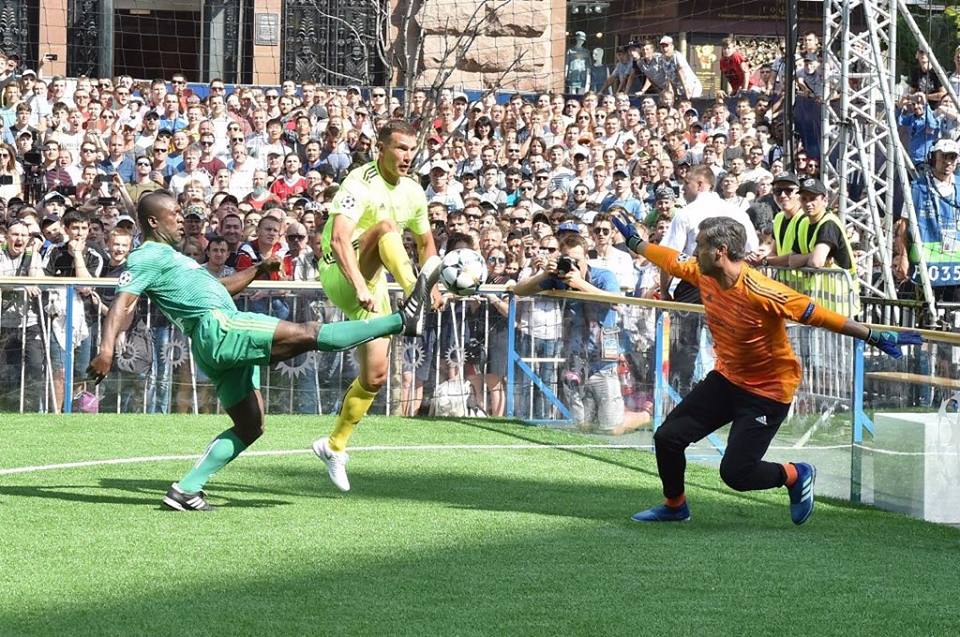 Andriy Shevchenko in the match of the team “Friends of Shevchenko” versus “Legends”. Image credits: Mykola Vasilkov 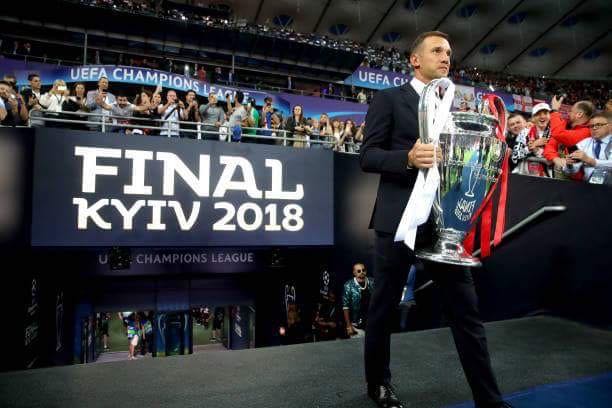 The highest award – the Order of Italy was solemnly given to Andriy at the residence of the Ambassador of Italy in Ukraine, Mr. Davide La Cecilia. 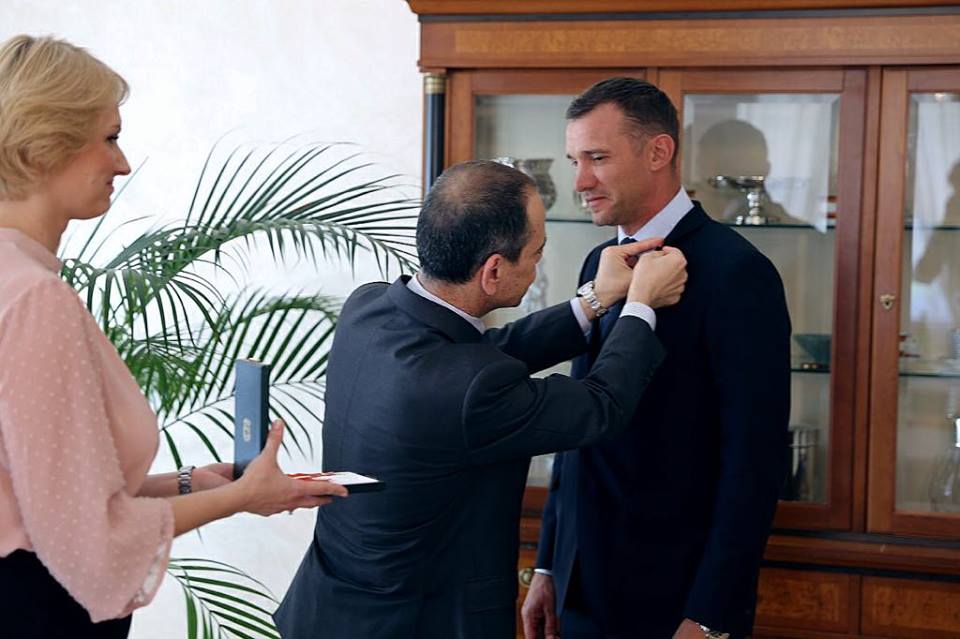 Andriy Shevchenko is awarded the Order of the Star in the residence of the Ambassador of Italy in Ukraine. Image credits: Mykola Vasilkov

To ensure proper transport communication, two additional terminals of Boryspil Airport were opened, and temporary public and special service vehicles were provided. They connected the airports, train stations, stadium and fan zones. All hotel beds were bought up well in advance in all significant hotels of the city without exception. When hotel prices skyrocketed (more than a hundred times), the residents of Kyiv organized a flash mob “Free Kyiv couch for fans.” Such a charity position of Kyivites allowed about 5 thousand fans from England and Spain to find hosts for the night of the final game. The NSC Olympic Stadium has a capacity for 70,050 visitors. During the Final the number of seats was limited due to the provision of TV broadcasting, surveillance systems and technical support. In the end, the number of spectators was 61 thousand people.

The Champions League Final held during a long armed conflict with the Russian Federation, which had resulted in the occupation of part of the Ukrainian territory, became an excellent example of our country’s desire for a peaceful and civilized life. This famous event showed Ukraine’s ability and competitiveness in the world community. A young country is signaling to humankind: we are part of a large community, and we will live together!