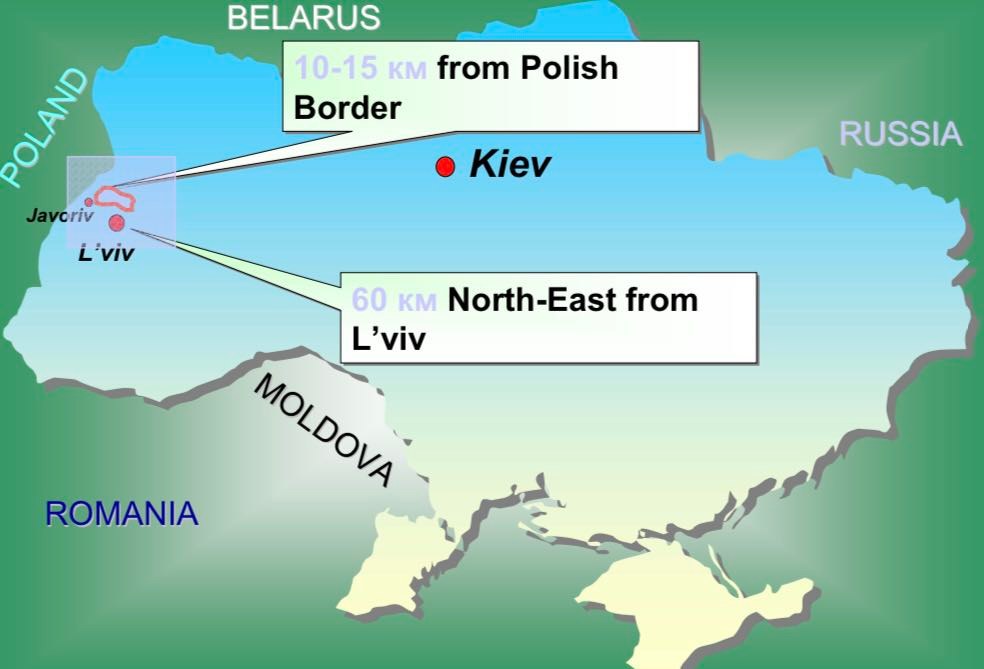 Two large explosions were seen on Sunday at the base in Yavoriv, military city just 12 km from the Polish border. The cruise missiles attack took place at 5.45 a.m. (kyiv time).

Russian forces fired more than 30 cruise missiles at the Yavoriv base, and 8 of them hit the military base.

The air strike was carried out from the Black and Azov Seas. The planes took off at Saratov airport, official says. In total, the Russia occupiers fired more than 30 missiles. The Ukrainian air defense system worked. Many of the cruise missiles were shot down in the air.

UDP: According to EMPR sources, it was 70-80 missiles that fell on Yavoriv, not 8. Half of them were knocked out.

Unfortunately, the death toll from the nighttime shelling by the Russian occupiers of the International Center for Peacekeeping and Security (Yavoriv Military Range) has risen to 35 people. Another 134 injured, with varying degrees of damage are in hospital.

Maksym Kozytskyy, the governor of Lviv Region said the death toll had risen from 9 to 35, and that 134 were injured after the airstrikes on the facility in Yavoriv.

At 12:00, almost all fires on the territory have been eliminated, explosives technicians and other specialists are inspecting the area, dismantling most of the debris.