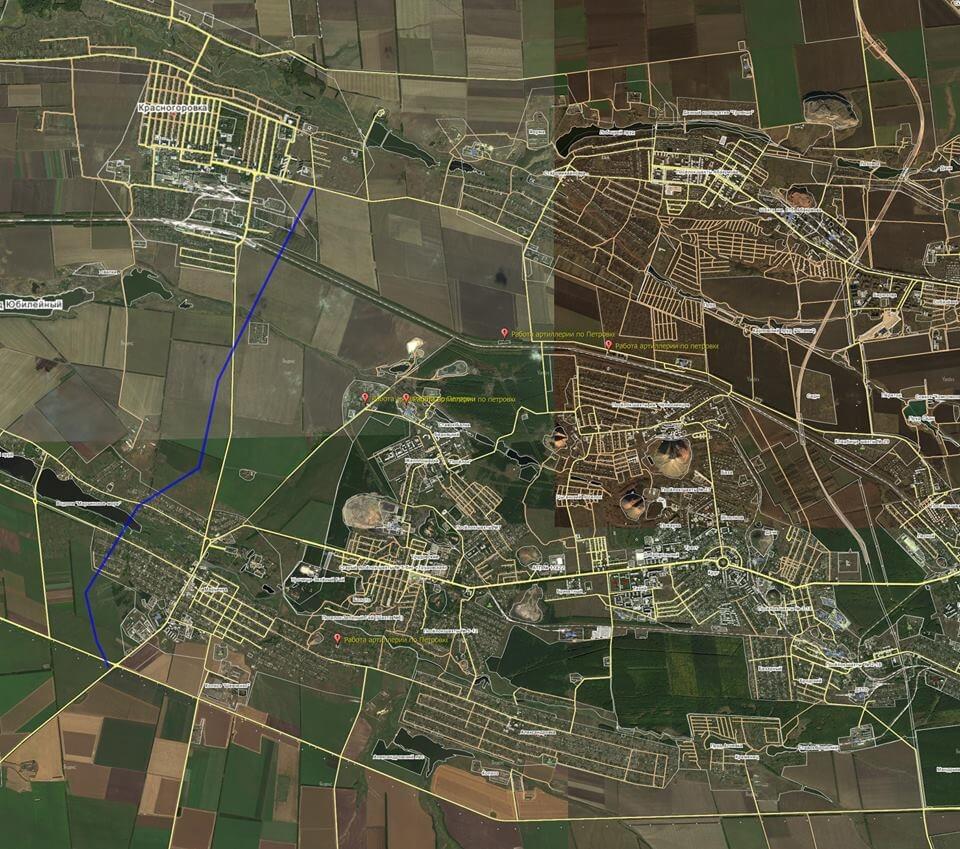 Roman Burko: “Luhanks’s militants carry out their shelling in and around the city in order to be able to blame the Ukrainian forces for the destruction and the deaths of civilians. In this way they try to convince local residents and their TV and news audiences of the crimes being committed against innocent people by the “Kyiv Junta”“.

While many residents, affected by the Russian propaganda, have taken their staged shows at face value, those who can analyze the facts understand who is actually destroying Luhansk. Comparing the facts and checking them against other cities, the following three typical scenarios have been identified:

(a) Militants located at point A in the city shell point B in the city. Meanwhile another militants along with Russian TV channels hurry to this point B where at least one actor (preferably a woman) cries on camera that they had been shelled by “the fascist punishers”, “banderivtsi”, and “Kyiv junta”.

(b) Militants from point A outside the city shell point B in the city. Militant artillery located at point C “return fire” to point D, which is nearby area to Point A. It looks like the Ukrainian military are firing into the city (shelling from point A to point B), and that the militants are protecting the city. Russian TV channels journalists are usually covering the shelling.

(c) Terrorists from point A shell points B, C, D, E… which are part of a circle. In the center of mentioned circle there is usually an important target of the militants. Journalists are not needed in this scenario as  the locals already know that militants located there. So it looks like the Ukrainians are shelling to destroy this objective, because the militants would “will never shell their own assets”.

Read the full article on burkonews.info