Home » Civilians remain at the Azovstal steel plant, and their condition is critical

Civilians remain at the Azovstal steel plant, and their condition is critical 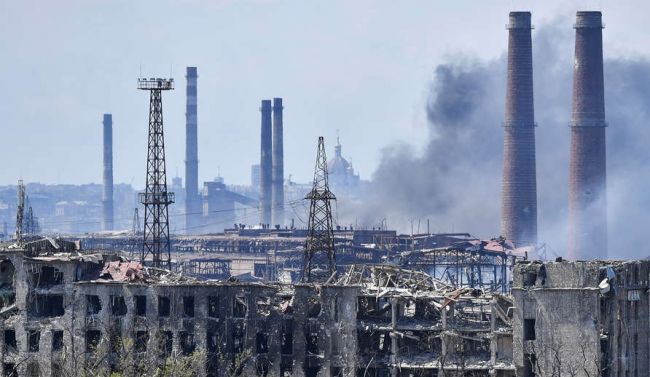 There are still civilians on the territory of the Azovstal steel plant in Mariupol, and their condition is critical.

The following was reported by the HR Director of the Azovstal steel plant Ivan Goltvenko.

“There are still people left in the bomb shelters at the plant. When we filled up our shelters with dry rations and water, we created a supply for 14 days stay with full three meals a day. People, who got out, said that since they understood the time of stay was unknown, they reduced the number of meals up to once a day to stretch these provisions as much as possible, and provided only children with good nutrition. But any resource runs out sooner or later. And now people are in terrible conditions,” he said.

According to him, the Metinvest company restored the bomb shelters at the plant to the project level back in 2014. “And the plant was built during the Cold War – when the threat of bombing was taken more than seriously,” he recalled.

“During the Cold War, special attention was given to the construction of civil defense facilities. In 2014, the management of Metinvest decided to restore all bomb shelters to their project level. Many of these shelters are equipped to withstand attacks from various weapons. But the enterprise was not built as a fortress. It is not designed to withstand constant shelling for 60 days. But thanks to the spirit of our soldiers – the Azov regiment, the Armed Forces of Ukraine, the marines who are there – it has become a fortress,” Goltvenko stressed.

It is known that the Ukrainian authorities, together with international organizations, managed to get the Russian invaders to partially open humanitarian corridors and evacuate civilians.

Azovstal steel plant itself is being defended by the Ukrainian Armed Forces, thereby keeping both the plant and Mariupol under Ukrainian control.

Update: all women and children evacuated from the Azovstal steel plant, the President of Ukraine Volodymyr Zelenskyy said on the Friday evening, May 7, 2022.