Corruption in new Ukraine: former officials returning to their positions 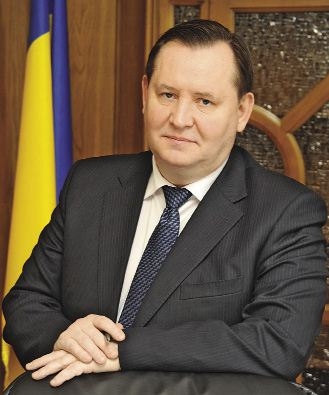 Natalia Pshenyanik: Sensational news regarding the appointment of Volodymyr Prystiuk as head of the Luhansk Oblast State Administration not only shocked the people of Luhansk but first and foremost the soldiers located on the front line.

As such, commander of the Luhansk troop of “Aydar” battalion expressed utmost diproval of such news on part of the soldiers.

He stated: Maidan rebelled and died not for Luhansk and Kyiv vermin to continue feeding off the national trough and getting their posts with patriots’ blood. If the information regarding the appointment of V. Prystiuk as head of the Luhansk Oblast State Administration, and other such Prystiuks’ in other regions, is confirmed, “Aydar” soldiers and those from many other battalions will unite and advance on Kyiv.

Let Prystiuks and Poroshenkos fight the Chechens, Cossacks, Kazakhs and other vermin on Ukrainian soil themselves. Did Prystiuks, Yefremovs, Golenkos and Yanukovichs not order and pay for this war?”