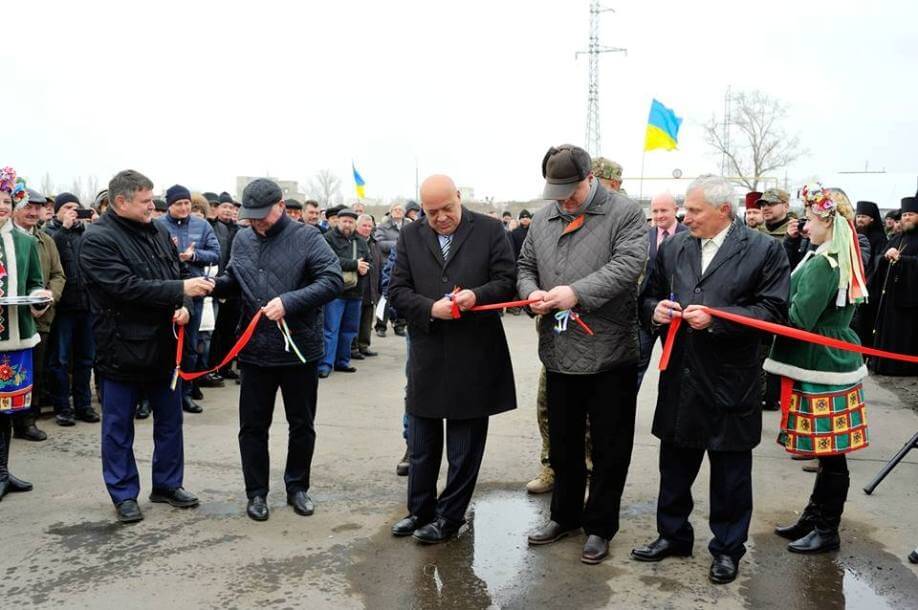 The bridge was reconstructed by “one and all”, while the government appropriate no money for its renewal.

March 31, the grand opening of the bridge, connecting two neighbouring towns Severdonetsk and Rubizhne (Luhansk Oblast), took place. The bridge across Borova river was blasted by terrorists in the night from 20 to 21 July 2014, while retreating. In such a way, they were trying to prevent the offensive of the Ukrainian Armed Forces. After the liberation of Rubizhne, Severodonetsk and Lysychansk, a temporary pontoon bridge was constructed across the Borovaia. People had to come around extra 10km to cross the bridge. The earth road led to the pontoon and in the rainy weather drivers had to go round extra 30 km. Now a full-fledged road connection between Severodonetsk and Rubizhne has been restored. “It’s a pity, the government didn’t give a penny for the bridge repair”, the head of Luhansk Military-Civil Administration Hennadii Moskal says. “In Kyiv, there are only talks about the necessity of Donbas reconstruction, but no money is given. The only way out was to remember an old saying “many a little makes a mickle”. The reconstruction was made using funds of local budgets and factories, who decided to help.” In total, 12 municipal bridges and 7 national bridges were damaged or destroyed as a consequence of operations on the Luhansk Oblast territory, controlled by Ukraine. 220,000,000 hryvnas are needed for the reconstruction. It is planned to ask international agencies for help, to allocate money from local budgets and, of course, there is a hope for a real, not only declared government participation in Donbas reconstruction.

In the nearest future, next bridge to reconstruct is the one between Severodonetsk and Lysychansk, across the Siverskyi Donets.

After the grand opening, the first symbolic transport went across the reconstructed bridge: a lorry with sand, a bus with pupils and a group of cyclists.
Social activists carried a huge 40 metres long national flag.