Home » Destruction of trees near Chersonesos in Crimea covered with tarpaulin

Destruction of trees near Chersonesos in Crimea covered with tarpaulin 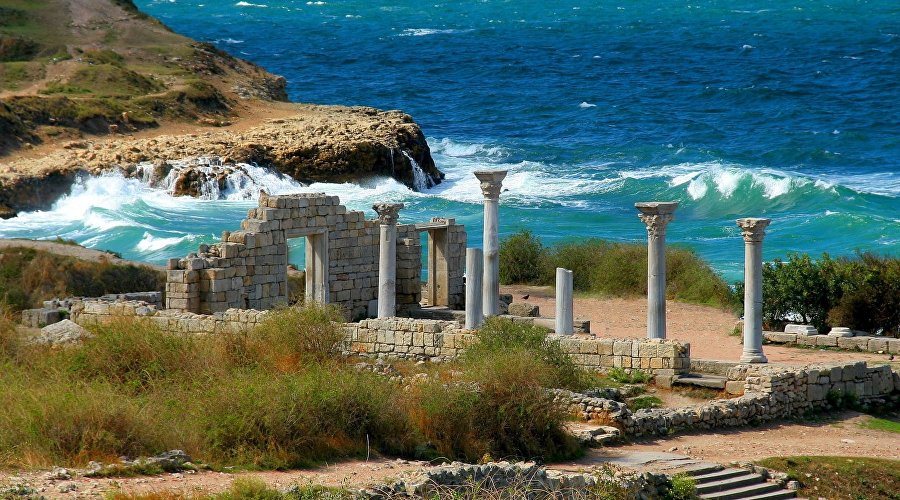 ForPost’s publication about the fact that perennial trees are uprooted by truck cranes and are transported out of the scandalous construction site near Tauric Chersonesos in Crimea has caused an unexpected effect.

Instead of stopping the destruction of trees, they just began to shyly cover them over with a tarpaulin after loading them onto logging trucks.

According to ForPost, this was informed by eyewitnesses monitoring the situation with the construction of the so-called “New Chersonesos.”

On the morning of November 4, a few hours before the visit of Russian President Vladimir Putin to Sevastopol, work on the destruction of trees on the construction site continued, and even became more dynamic.

Earlier on October 26, it became known that with the help of the public it was possible to reduce the number of felling permits down to 71 trees and 7 shrubs. After clarifying the situation with Sevprirodnadzor, ForPost found out that felling permits were issued only for trees not included in the Red Book – and the export of pines and other valuable endemics is managed by Rosprirodnadzor. Therefore, it is precisely this agency that can clarify the grounds for uprooting trees with the help of an excavator and a truck crane.

ForPost is preparing an official request to clarify whether permits for the destruction of the Red Book trees have been issued, and when exactly.