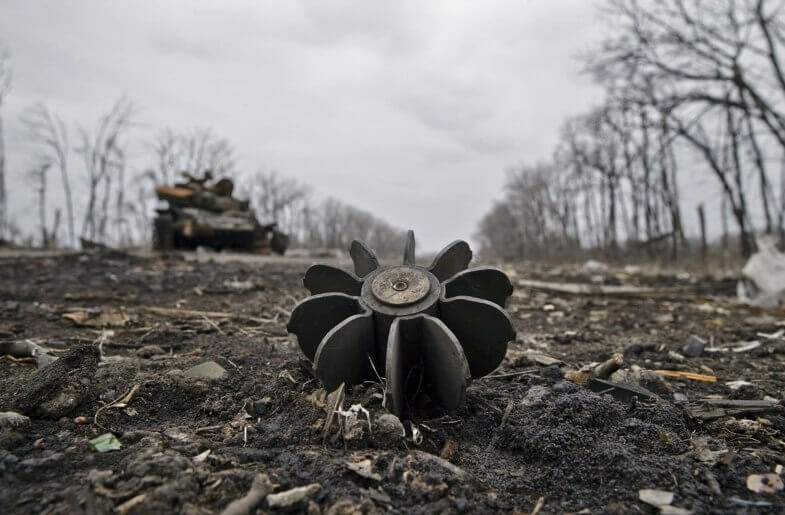 On 20 April, a huge amount of explosives planted by terrorists during the occupation was discovered under the bridge in Lysychansk.

Pyrotechnic team accompanied by military arrived to the place and found a special explosive device there. 124 TNT blocks, 120 ammonite blocks, 160kg plastid, five electric detonators and two sections of detonating cord were laid between the concrete slab and the road surface of the bridge across the Bilenka River near the glass factory. This was reported by the press service of the Main Directorate of the State Emergency Service of Ukraine in the Luhansk Oblast. The bridge is actively used by automobile, bicycle and pedestrian traffic.Obviously, the explosives were laid down last year during the occupation of Severodonetsk and Lysychansk by so-called “LPR” terrorist organization. During their retreat in July 2014, terrorists blew up bridges, trying to stop the advance of the Ukrainian military.In particular, there were blasted two bridges: across the Siverskyi Donets River between Severodonetsk and Rubizhne (the bridge has been recently restored), and between Lysychansk and Severodonetsk.

Terrorists had no time to blast the bridge over the Bilenka River, because of the rapid offensive of the Ukrainian army. All explosives were seized, the movement across the bridge restored.