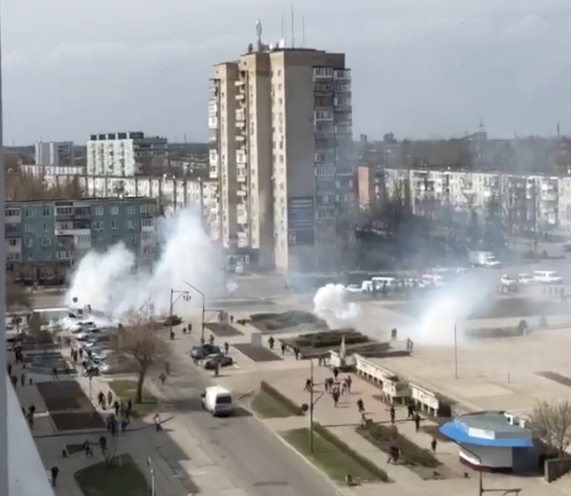 Loud explosions are heard and shootings are taking place in the center of Energodar, the city nearby Zaporizhia nuclear power plant, temporarily occupied by Russia.

This was reported by Energoatom.

“Energodar has a series of loud explosions,” the message reads.

A video has also been released showing footage of the shooting in the city center. People gathered in the square in front of the City Hall and the occupiers opened fire on them.

Zaporizhzhya Nuclear Power Plant and the city of Energodar have been under occupation by Russian troops since March 4, 2022.

Apart from the military of the aggressor country, representatives of the Russian nuclear energy corporation Rosatom have been illegally staying at the Zaporizhzhya NPP site for a long time.