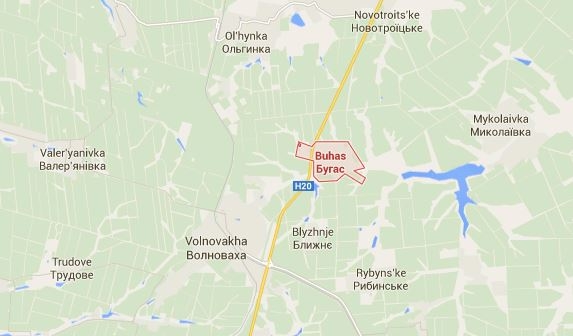 Around 14:30, militants shelled a checkpoint in the population centre of Buhas in the Volnovakha area from BM-21 Grad launch vehicle, hitting a civilian bus and killing 10 civilians, Hromadske.TV reports.

The information was first reported by the head of the MIA General Directorate in the Donetsk Oblast Vyacheslav Abroskin and later proved by the representatives of Kyiv-2 volunteer battalion. UPD: A woman injured during the shelling died in hospital, Healthcare Department of the Donetsk Regional administration reports. Thus the number of the civilians killed by Russian militants today has reached 11.

UPD: An injured man also died in a hospital. Death toll rises to 12.