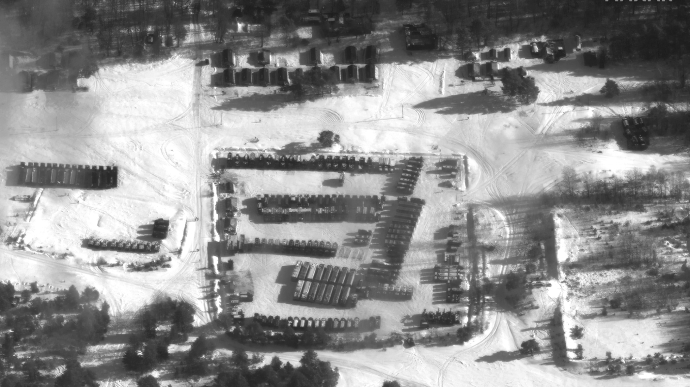 New satellite photos reveal a further expansion of the military presence of Russian troops in Belarus, Crimea and western Russia. Tents for personnel, and military equipment, including Iskander-M missile systems have been seen at deployment locations.

This was reported by Buzzfeed correspondent Christopher Miller.

Over the past few weeks, Maxar Technologies, which has been capturing troops from its satellites, has seen a significant increase in the military presence of Russian troops in Belarus.

The images show a significant increase in activity, with an area of tents being erected at almost all training grounds and military bases. This suggests that exercises involving artillery and equipment during combat operations are held at many training grounds.

Iskander-M missiles have been seen at the Osipovichi military facility. They are capable of precise strikes on Vilnius, Kyiv, Warsaw and Lviv.

A large number of heavy military equipment and tents for personnel can be seen at the training ground near Brest.

In the temporarily occupied Crimea, a large number of tents and heavy equipment can be seen at the training grounds near Yevpatoria, Bakhchisaray and Kerch.

The images show a training camp and a large number of tents at the Pogonovo training ground in  Voronezh region of the Russian Federation (260 km from Kharkiv), which suggests that training shooting ranges are actively conducted.

All photos were taken in the second half of January and February 1-2.

Maxar Technologies regularly takes photos of Russian troops near Ukraine’s borders from space. For the first time, they recorded a massive military buildup in late December 2021. In mid-January, they recorded less equipment than now, but then it was recorded at the training grounds located 10-30 km from the Ukrainian border. Currently, an increase in personnel and military equipment, including Iskander-M missiles is noticeable.