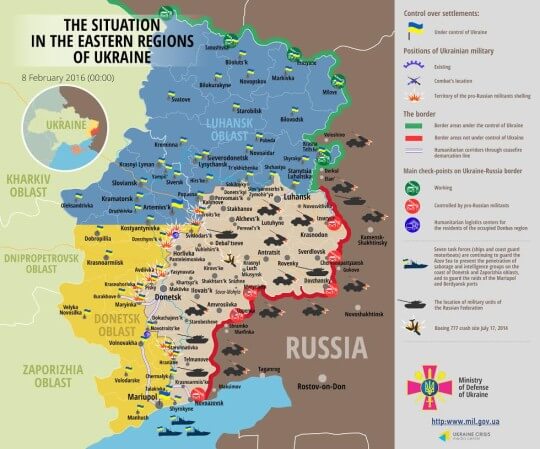 News & Analysis Center of the National Security Council of Ukraine presents the latest updates from the conflict zone in eastern Ukraine on February 8, 2016 at its daily briefing.

(2) Donetsk direction: warfare continues in the outskirts of Horlivka and near Donetsk airport – on Svitlodarska line; several times heavy arms were used by the enemy towards Ukrainian armed forces positions;

(5) No casualties among Ukrainian armed forces over the last day, 1 Ukrainian serviceman was wounded in action.