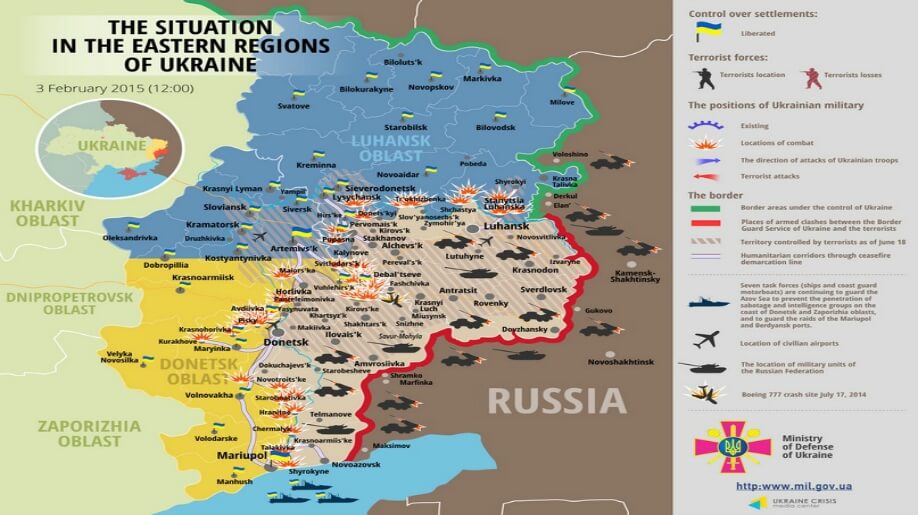 (1) Combats between ATO forces and terrorists in Debaltseve area don’t stop over the last day. Despite terrorists’ attempt to seize territory around the city remains under the Ukrainian forces control;

(3) The enemy has huge losses among so-called DPR, LPR, cossacs, russian militants, and russian servicemen in the area of Popasna, Debaltseve, and Vuglegyrsk;

(4) 5 Ukrainian soldiers were killed and 27 injured over the last 24 hours;