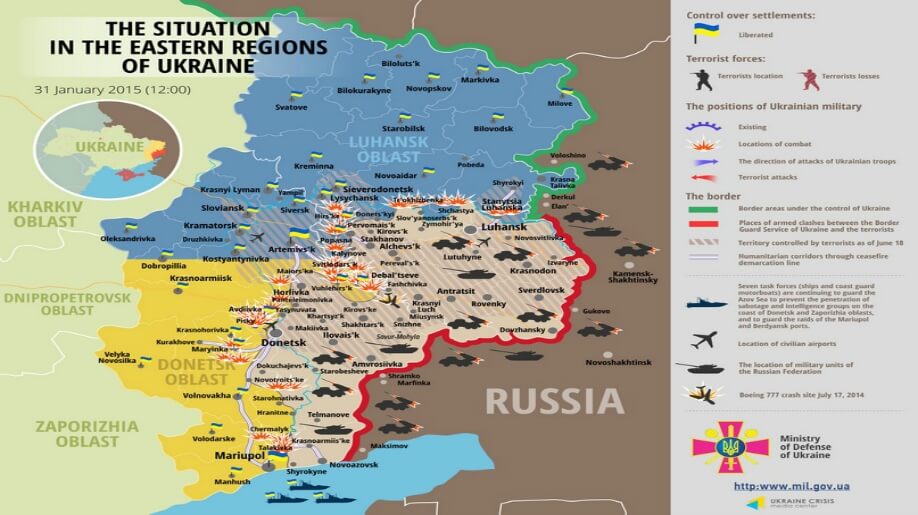 (1) Situation in the conflict zone in eastern Ukraine remains tense. The enemy is shelling at the Ukrainian armed forces position over the whole front line;

(2) The most tense atmosphere is currently in Vuhlehyrsk. Terrorists attempt to seize this city and strengthen their position to succeed in the forthcoming encircling and storming the city of Debaltsevo. Danger of attack on the city of Mariupol remains;

(3) Russia is actively uses uncontrolled border checkpoints in the area of the towns of Uspenka and Dmytryvka for transferring military equipment into the territory of Ukraine;

(4) 15 Ukrainian soldiers have been killed and 33 wounded within the last 24 hours;

(6) Over the last day, 310 civilians have been evacuated from the conflict zone in eastern Ukraine: 62 persons from Avdyivka, 28 children from Schastya, and 62 persons from the village of Troytske in Popasnuy rayon.

(7) 50 policemen from the Kharkkiv special MIA unit departed to the conflict zone in eastern Ukraine.