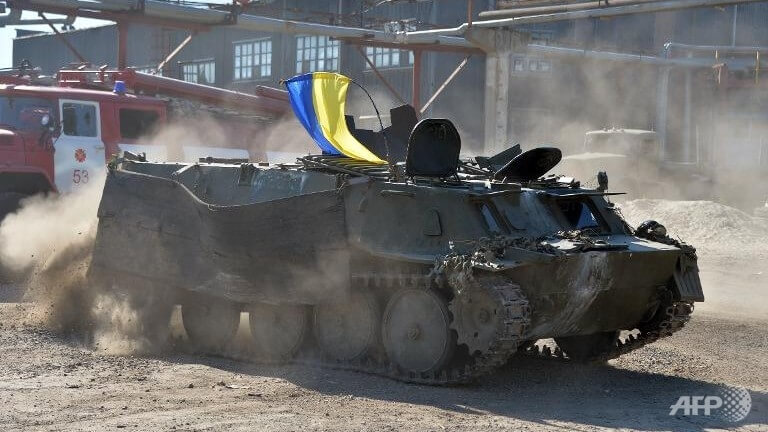 During the day on July 2, Ukrainian armed forces continued to carry out their battle objectives under the operation to block and destroy terrorists. Andriy Lysenko, spokesperson for the NSC News & Analysis Center, reported the details at the daily NSC briefing.

On July 2, during air reconnaissance of strategically important sites, terrorists shot at the Ukrainian SU-24 using MANPADs and a Zenit  launcher. During another flight over Donetsk Oblast, 4 shots from a MANPAD were also directed at the plane. By maneuvering the plane, the pilot was able to avoid 3 of them, but one missile hit the engine, which caught fire. The pilot was able to put out the flame and carry out an emergency restart of the undamaged engine, after which he returned to the site of the shooting and destroy the Zenit launcher. The plane continued to fly for nearly 300 km and landed safely at its base. The crew are all safe and sound.At around 11:20,  the pilot of an SU-25 trying to land at Dnipropetrovsk Airport discovered that his steering equipment was not responding and was forced to eject from the aircraft. There were no casualties and no airport buildings were damaged.On July 2, terrorists used guns and mortars to shell the position of the Ukrainian Armed Forces in the village of Milove, Luhansk Oblast. There were no casualties on the Ukrainian side. There was another attack by militants on two convoys of ATO forces. Both attacks were successfully repelled, with no casualties on the Ukrainian side. Casualties on the terrorist side are being confirmed.Also on July 2, terrorists launched gunfire from two sites in Krasnodon, Luhansk Oblast, at UAF unit positions using howitzers and mortars near the border crossing called Izvaryne. No casualties have been reported. Not far from this location, an infantry artillery piece was blown up by a mine. There were no casualties but 4 soldiers suffered injuries.Russia’s anti-Ukrainian rhetoric softensAccording to information received by the Center, anti-Ukrainian rhetoric broadcast on Russian national channels and published by Russian news agencies since the inauguration of Petro Poroshenko as President of Ukraine in early June has noticeably declined. Opponents to Kyiv, the militants, are no longer referred to as “supporters of federalism.” Russian journalists themselves admit that they have been asked to soften their rhetoric. Such terms as “junta,” “punitive operation,” “Right Sector” and “fascists” are showing up less and less.EU again calls on RF to help regulate the situation in Ukraine The European Union has expressed understanding of President Poroshenko’s decision to cancel the unilateral cease-fire, says European Commission President Jose Manuel Barroso.“We understand his decision and his right to defend the country’s territorial integrity and sovereignty,” said Barroso at a session of the European Parliament in Strasbourg July 2.At the same time, the EC president called on all sides to try to avoid violence.Barroso emphasized that in this context it would be important to see serious actions on the part of Russia to stop supplying weapons and militants across the border with Ukraine, and for the Russian Federation to help pressure the separatists in eastern Ukraine to wrap up their activities.