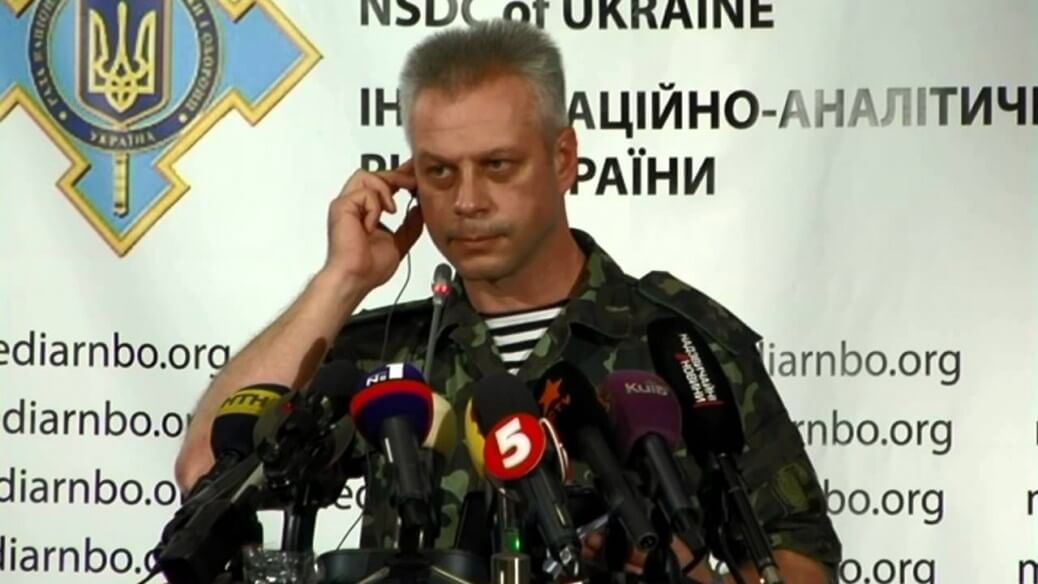 Ukrainian military have liberated three settlements: Zakotne, Stariy Karavan and Druzivka in Luhansk oblast. During the last 24 hours, ATO forces directed targeted attacks against 120 previously scouted terrorist locations, destroying a large number of militants and military equipment. A terrorist camp was destroyed with loss of life in the hundreds according to eye-witness reports.

Military action in the conflict zoneIn the meantime, individual militant groups have not stopped trying to break out of their surroundings. In particular, there were attacks on ATO forces on Mount Karachun and in several checkpoints around Sloviansk. All attacks were repelled but Ukrainian forces experienced some losses. One serviceman was killed. Another 10 Ukrainian soldiers were injured because of heavy gunfire, including artillery fire, on the part of the militants.During the night of July 1-2, our forces repelled a terrorist attack on a military unit located near the village of Milove in Luhansk Oblast. Fire from a least two grenade launchers rained on the unit and in a short time, more than 50 missiles were launched at our soldiers, three of which fell into the territory without exploding. Sappers are currently disarming them. No injuries or fatalities were suffered by the Ukrainian side.Altogether, the terrorists launched 19 shootings of vehicular convoys, checkpoints and UAF positions around the settlements of Porichchia, Kryva Luka, Diakove, Olenivka, Svatove, Sloviansk, Kramatorsk, and Mylove. All attacks were repelled, with 10 soldiers sustaining injuries.The terrorists began the process of evacuating the Donetsk ODA building. They intend to move out all their financial resources and weaponry at their disposal. Chechen mercenaries have been charged with organizing security and protection around this process.The border areaBorder units continue to gradually take control of and organize the defense of at-risk border counties in Luhansk and Donetsk Oblasts. Forces and measures in the border sectors have been reinforced in key firing positions and are now engaged in combat duty. During the last 24 hours, engineering works were carried out at strongholds and checkpoints, including the newly-released Dovzhanskiy border checkpoint that was taken from the terrorists July 1.During the night of July 1-2, Ukrainian border patrols repelled a gunfire attack by terrorists on the Novoazovsk border checkpoint from the side of the village of Markine in Donetsk Oblast. During the shootout, one border officer was killed and 8 were injured.On July 1 during the day, Russia closed off three of its checkpoints on the border with Ukraine: international vehicular crossings at Hukovo, Donetsk and Novoshakhtynsk in Rostov Oblast. These are the three points where earlier militants moved challenge into Ukraine. Now, these crossings have checkpoints that have been reinforced with heavy artillery. There is some information that these points have been given orders not to allow armed militants who are trying to leave Ukrainian territory to get through. Population centers in the conflict zoneOn July 1 in Donetsk Oblast on the Ilovaisk-Kuteynykove railway line, an explosive device damaged the track while freight train №3507 was passing along the track, causing one car to derail. The train was fortunately empty at the time. On the Ilovaisk-Mospyne and Bukyne-Sviatohirsk lines, saboteurs also tore up the tracks, causing traffic on those lines to be disrupted. There were no casualties in any of these cases. In the village of Velyka Verhunka in Luhansk Oblast, militants seized Compressor Station №1, which controls pressure on the international gas pipeline.Assistance to internally dislocated persons (IDPs)Ukrainians are actively assisting internally dislocated people from eastern Ukraine. As of July 1, 3,003 IDPs had come to Zaporizhzhia Oblast, 2,567 from the ATO zone in Donetsk and Luhansk Oblasts and 436 from the temporarily occupied territory of Crimea. In the last four days, since June 26, 295 IDPs from Donbas have turned to the Oblast HQ. All have been provided with the necessary assistance with finding food and shelter. As of June 30, the ODA has included the services of volunteer psychologists. In order to carry out in-depth psychological adjustment work with victims, the Oblast Administration has 38 specialists from the Zaporizhzhia Psychological Crisis Service with considerable experience providing psychological assistance working on a voluntary basis .Russian support for the terroristsAccording to available information, the Russian Federation’s campaign of assistance to terrorist movements in Ukraine’s eastern region continues with the support of parliamentary and political forces and non-government organizations. This includes organizing large-scale campaigns, collecting funds and other forms of assistance to the militants.The Russian side continues to use the territory of Crimea to recruit mercenaries, train them, arm them and ship them to eastern Ukraine. For this very purpose, a military base has been set up outside Simferopol to prepare saboteurs to undertake acts of terrorism on the mainland of Ukraine.Western countries and international organizations continue to declare full support for the President of Ukraine’s Plan to regulate the situation in the east of the country. The OSCE Parliamentary Assembly passed a resolution condemning Russia’s activities in relation to Ukraine, which it called “particularly flagrant violations of the sovereignty and territorial integrity of the country.” The document also contains a call to OSCE member countries to “refuse to acknowledge that forceful annexation of Crimea by Russia,” and expresses support for the sovereignty, political independence, solidarity and territorial integrity of Ukraine within its internationally recognized boundaries.