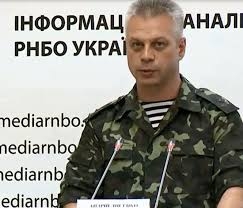 NSC News & Analysis Center briefing highlights for September 29, 2014 on the latest updates from the conflict zone in Eastern Ukraine. Summarized by EMPR.


(1) Over the last 24 hours, an additional 30 Ukrainian servicemen were released from captivity: 27 from the Armed Forces, 2 from the National Guard, and 1 border guard. Since the start of the ceasefire on September 5, 2014, more than 1,000 Ukrainian citizens have been released.
(2) Russian proxies continue to shell ATO positions in Donetsk and Luhansk Oblasts. In response, ATO forces have destroyed 3 enemy tanks, 2 Tiulpan [Tulip] self-propelled rocket launchers, 1 mortar unit, and nearly 50 militants.(3) In the last 24 hours, 9 Ukrainian servicemen were killed and 27 wounded.(4) The State Border Service has been setting up and fortifying a security zone along the length of territory under ATO control. No clashes between border guards and the militants have been reported.(5) In the temporarily occupied territory of Crimea, Russian Federation Armed Forces units continue to shift position. Near the town of Armiansk, the RF position has been reinforced with 10 APCs, 10 tanks and 3 more Grad MLRSs.(6) The trilateral working group continues to work at the joint center for overseeing and coordinating the ceasefire.(7) Russian soldiers and their proxies continue to destroy infrastructure in Donbas and to shell residential areas: a District State Administration (RDA) building in Donetsk was damaged and the generator of a wind-power substation in Bezimenne, in Novoazovsk County, was destroyed.(8) In Mariupol, units of the National Guard continue to carry out engineering works and fortifying checkpoints, strongholds and the district defense systems of the city.(9) Swedish Foreign Minister Carl Bildt announced that the conflict in Ukraine was in the process of becoming frozen with a permanent threat of further force on the part of Russia.(10) NATO Sec-Gen Anders Fogh Rasmussen emphasized that Russia’s aggression against Ukraine was continuation of the Kremlin’s violation of international law that “began in Moldova, moved on to Georgia, and is now in Ukraine.”