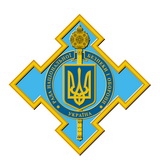 NSC News & Analysis Center briefing highlights for September 30, 2014 on the latest updates from the conflict zone in Eastern Ukraine. Summarized by EMPR.


(1) President Poroshenko discussed the situation in eastern Ukraine with German Chancellor Angela Merkel and expressed concern that the OSCE had not provided drones as previously agreed. Germany, meanwhile, has allocated €25 million to build housing for internally displaced persons.

(2) The Russian proxies and mercenaries attacked the positions of Ukraine’s Armed Forces with artillery and Grad MLRSs near Donetsk International Airport and tried to storm it twice, again. (3) On September 29, the militants attacked a stronghold of the UAF with both mortar and small arms three times near the village of Ridkodub in Shakhtarsk County.(4) Over the last 24 hours, illegal armed groups 5 times shot at ATO positions near the village of Nikishine in Shakhtarsk County using artillery, mortar and small arms.(5) On September 29, militants shelled the cities of Donetsk and Yenakiyeve, as well as the village of Troitske using Grad MLRSs. They also shelled the city of Debaltseve with Russian-supplied 240mm self-propelled Tiulpan [Tulip] artillery units.(6) Radar and ground reconnaissance by the RF Armed Forces continues actively on the Ukrainian-Russian border.(7) New Russian units have arrived in Rostov Oblast: a reconnaissance brigade from Northern Ossetia, a reconnaissance and sabotage group from the RF AF GRU in Pskov Oblast, and a special forces brigade that reports directly to the main intelligence administration of the RF AF General Staff.(8) In the last 24 hours, there were no casualties among Ukrainian servicemen but 3 were wounded.(9) The criminal element on the border with Russia is increasing, especially uncontrolled contraband and the sale of stolen Ukrainian goods to Russia by gangs of deserters.(10) UkrOboronProm specialists repaired 18 units of armored equipment in the last 24 hours.(11) On September 29, President Poroshenko signed a Decree to award state honors to 159 Ukrainian servicemen who have been participating in the ATO.(12) On September 29, President Poroshenko dismissed 12 county administrators in Luhansk Oblast.(13) Since the start of the ATO, residents of eastern Ukraine have been given more than 1.5 million tonnes of foodstuffs, 318,000 units of medication and medical supplies, 140,000 sets of clothing, 48,000 sets of personal hygiene products, and 4,600 heaters.(14) Militants in the city of Luhansk organized the sale of 100 stolen cars and released the owner of a Toyota car dealership from captivity. After being held for several weeks, the man finally agreed to “sign over” his ownership and assets to the Russian proxies.(15) In Luhansk, the militant forced staff at Luhansk Municipal Hospital №9 to write letters of resignation and those who wanted to work were forced to sign new letters of application agreeing to cooperate fully with the terrorist organization called LNR. Instead of pay, medical professionals would be paid in food.(16) In the city of Lutuhyne, Russian proxies under the LNR name are forcing locals to sell their homes for sums ranging from US $100 to US $1,000.