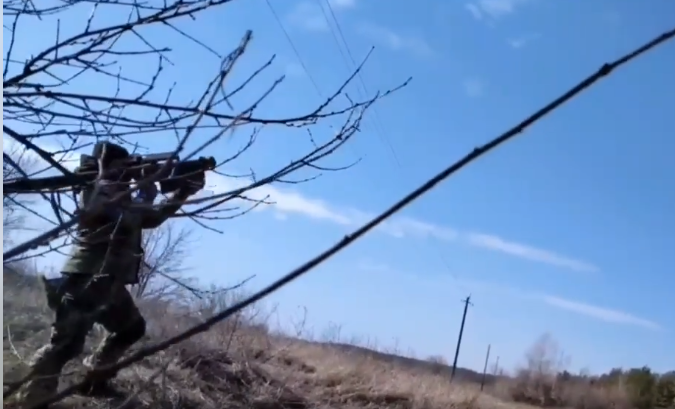 Russia has lost more than a hundred aircraft in the war against Ukraine. One Ukrainian paratrooper has already shot down two enemy Su-34s.

The servicemen of the Air Defense Artillery Units of the Ukrainian Air Assault Forces continue to successfully destroy the air targets of the Russian occupiers, saving the lives of their compatriots.

Last week in one of the areas of combat missions, the master number of the air defense unit 81 separate airmobile brigade of the DShV of the Armed Forces of Ukraine soldier Hlib S. destroyed two Russian Su-34 fighters using MANPADS.

“Detecting an air target at an altitude of about two thousand meters, I made a combat launch, as a result of which the plane exploded in the air,” says the paratrooper. “A day later, our “hunt” was also successful, another fighter was destroyed”.

The video shows a combat launch with MANPADS, as a result of which a Su-34 aircraft was shot down at an altitude of  2000 meters and exploded in the air.