Over 700 civilians evacuated from Debaltseve area today, 30 opt to go to occupied territories 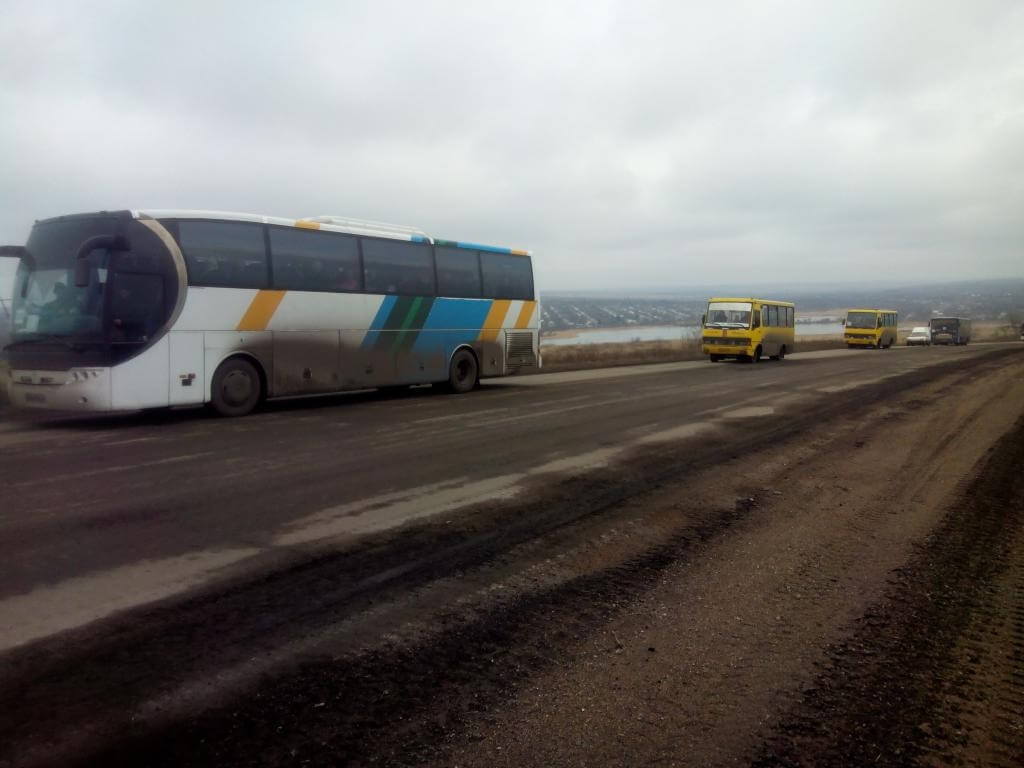 Local temporary ceasefire was reportedly agreed upon for 6 February to evacuate civilians from Debaltseve. In the afternoon the arrangement made at the Joint Coordination Control Center and to which Ukraine, Russia and Russian-backed militants presumably were parties, was re-confirmed by the ATO spokesman Lysenko;

The city once with 25 thousand inhabitants has been under constant fire in the last weeks as militants and Russian troops were trying to encircle and seize Debaltseve and nearby Vuhlehirsk.

In the last several days volunteers, State Emergency Service and local police united efforts to evacuate civilians from Debaltseve and nearby settlements that are under fire or purposefully shelled by militants. On 6 February State Emergency Service workers evacuated 376 people from Avdiivka, Debaltseve and Olkhovatka, reported the National Security and Defense Council in its daily report. On 5 February 290 civilians were evacuated from Debaltseve, Svitlodarsk and Avdiivka.

Despite the fear that the fragile arrangements could be broken anytime by militants and regardless of the early morning shelling the evacuation was started as planned. Ukrainian journalist Oleksandr Arkhat reporting from the spot said evacuation buses were arranged to both Ukraine-controlled territories and the occupied areas. However the vehicles heading to the occupied territories turned to be an unpopular destination chosen by quite a few. Thus the buses with the “Evacuation to Donetsk” signs turned to be next to empty, the journalist adds.

In the evening Mr. Shkiryak reported that police units and emergency workers evacuated around 600 people from Debaltseve. 30 people preferred to leave the city and move to the occupied territories. According to the Advisor to the Interior Minister “Russian generals and terrorists brought 25 big buses” but “failed to fill at least one.” Ukraine’s State Emergency Service says it teamed up with volunteers and local authorities, managed to evacuate today 753 people from Debaltseve, Novohryhorivka, Komuna, Myronivske, Krasny Pakhar and Avdiivka altogether. 25 vehicles, 2 armoured Kraz vehicles and 2 ambulance cars were deployed, the agency notes. According to Shkiryak despite the arrangements to cease the fire the shelling of Debaltseve did not stop. “Terrorists kept firing at our positions. Our artillery had to suppress the enemy’s firing points from which the residential areas were shelled,” the Advisor to the Interior Minister says. ATO press center re-confirms Debaltseve and nearby settlements were shelled with artillery, mortars and grenade launchers by militants in the first half of the day. Shkiryak mentioned that the evacuation vehicles were not formed into a convoy not to be targeted but were leaving by one as soon as filled. Shkiryak also said representatives of the Joint Coordination and Control Center – Ukraine’s General Rozmaznin of the General Staff, Russian generals as well as OSCE representatives were on the spot.

Evacuated people were taken to the transit points at railway stations of Sloviansk and Kostyantynivka, the State Emergency Service says. Ukrainian railways are providing free transportation services for them, part of the people are already heading to Kyiv. Zoryan Shkiryak also mentions Artemivsk and Kramatorsk as the evacuation (transit) destinations.

Around 2000 civilians remain in Debaltseve according to Mr. Shkiryak. The ATO press center says the local ceasefire will stand tomorrow at the Debaltseve-Vuhlehirsk and Debaltseve-Artemivsk roads. That would create a possibility for more civilians to leave, assumes Shkiryak.