Home » The Ukrainian servicemen are missing

The Ukrainian servicemen are missing 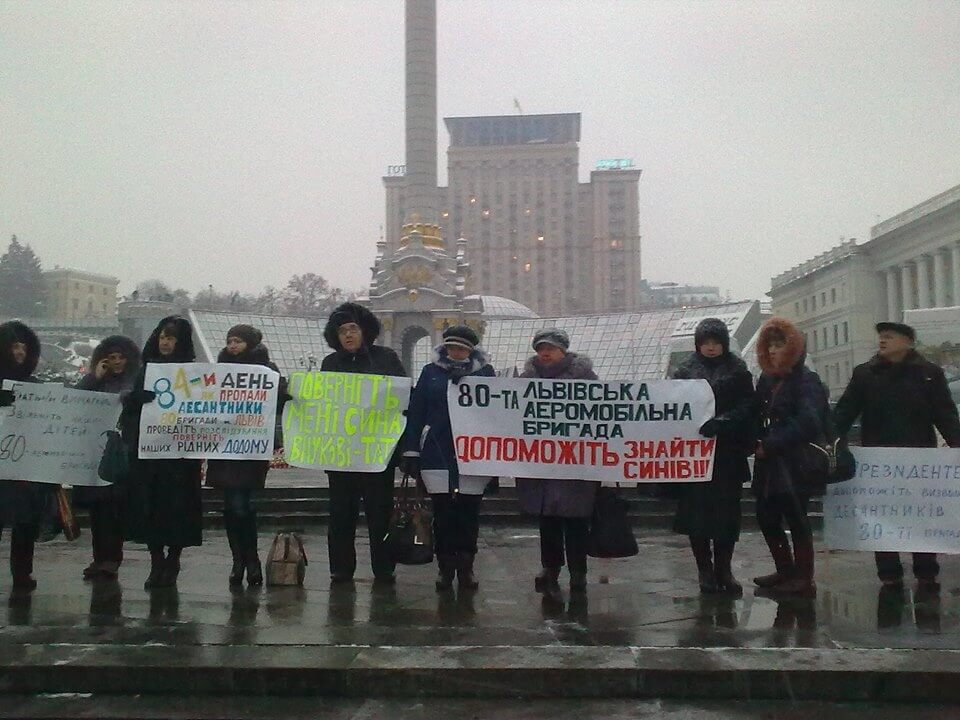 Happening now: people at Maidan are calling on authorities to take action over 80th airmobile brigade, which is currently missing.

The Revolution of Dignity took place last winter in Ukraine. The main place, where people attempted to be heard by politicians was the Independent square in the heart of Kyiv, at Maidan.

Today, since more that half a year from that time, Maidan remains the most powerful place where people still want to find the truth.

Eearlier today, NSC spokesman said over 700 people, both military and civilians, remain in terorrists’ captivity in the conflict zone in Eastern Ukraine.