Provocations continue: Russia restricts navigation in the Sea of ​​Azov 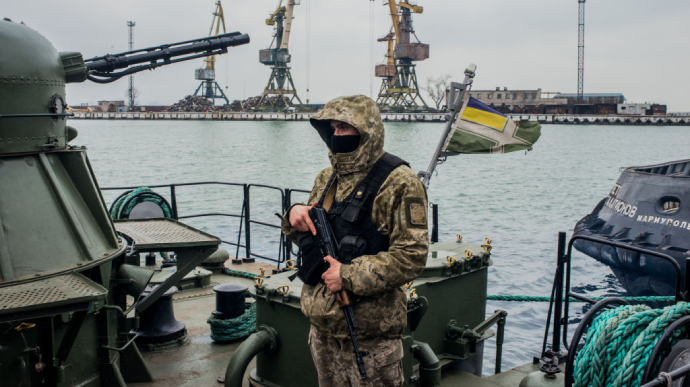 Russia explained the introduction of restrictions by artillery firing near Mariupol, Berdyansk and Henichesk.

As of December 10, Russia blocked about 70% of the Azov Sea area, continuing its provocative actions against Ukraine.

This is reported by the press service  of the Ukrainian Navy.

The Russians issued navigational warnings about restricting navigation in some areas due to artillery firing near Mariupol, Berdyansk and Henichesk.

The Navy complained that Russia systematically arranged such shutting downs. This prevents free shipping in the Sea of ​​Azov.

“The announcement of Russian navigational warnings in the Sea of ​​Azov in close proximity to the Ukrainian naval bases and civilian ports is a blunt provocation. Such actions of the aggressor once again demonstrate the attempts of the Russian Federation to turn the Sea of ​​Azov into its internal ‘lake’,” the message of the Naval Forces reads.

The purpose of the information attack is to divert attention from the UN resolution on Crimea and the conversation between the presidents of Ukraine and the USA.