Residents of near-front towns protest against withdrawal of Ukrainian troops 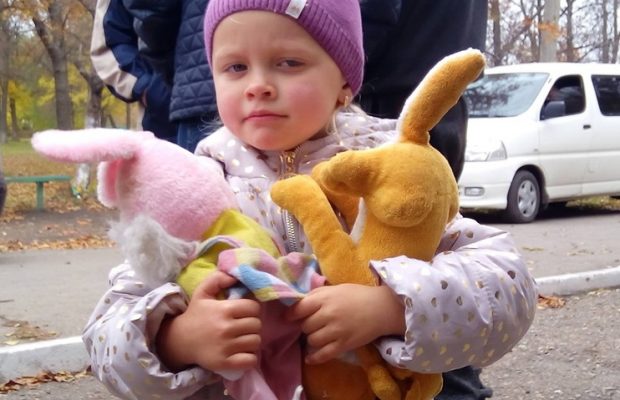 Residents of the near-front village Zolote-4 in Luhansk region appealed to the President of Ukraine Volodymyr Zelenskyi calling not to withdraw the Ukrainian Armed Forces from their actual positions nearby.

A collective petition from residents of Zolote-4 (the town of Zolote, Popasna district, Luhansk region ) to  President of Ukraine Volodymyr Zelenskyy.

“We, residents of the town of Zolote -4, are compelled to appeal to you, as guarantor of the Constitution, with a demand to immediately stop a withdrawal of the Ukraine’s Armed Forces units from the current fighting positions.

We consider such actions a surrender. As practice has shown, such withdrawals of the Armed Forces units result only in a deterioration of the situation for local residents: their place of living becomes a “gray zone” where human life is cheap.

The Armed Forces of Ukraine are the best guarantee of our safety. ”

P.S. Civilians of neighboring Katerynivka also want our troops Not to be withdrawn. They do not want to be in the “gray”, nobody’s danger zone. There are 248 people there!!! And most of them are elderly. 14 children! If necessary, they also can write a letter.

The text of the appeal was posted on Facebook by the army supply volunteer Natalia Voronkova. The appeal was signed by five dozen people and counting, there are over 500 residents in the village.

In a comment to Radio Liberty Voronkova said that locals are afraid to find themselves in the “grey zone” that they call “dangerous” as these areas are beyond the official control.

October 7 was agreed as the starting date for disengagement of troops and weapons near Petrivske in Donetsk region and near Zolote-4 in Luhansk region by the Trilateral Contact Group at the sitting in Minsk on October 1.

On October 6 “No Capitulation” protests took place all across Ukraine including the frontline towns.

The near-front town of Novhorodske (New York) in Donetsk region was one of the places where people rallied.

“Do not withdraw Ukrainian troops from New York!” reads the placard they held.

In the background on the photo one may see the town of Horlivka that is some three kilometers away and is occupied.

Novhorodske was founded in 1892 as a German settlement and was originally called New York. It bore the name until 1951 when the town was renamed into Novhorodske. About 12 thousand people currently leave there.

“Peace in Novhorodske is now secured by the Ukrainian army. If the military are withdrawn from here, the town will formally find itself in the grey zone between the Ukraine-controlled area and the territory occupied by the Russian troops,” wrote civic activist Pavlo Ostrovskyi on Facebook.

“Occupation troops will be able to actually come here as if it were their home and to take revenge on everyone who supported Ukraine and Ukrainian troops,” the activist concluded.