Return of Ukrainian ships captured by Russia: reactions of Kyiv and Moscow 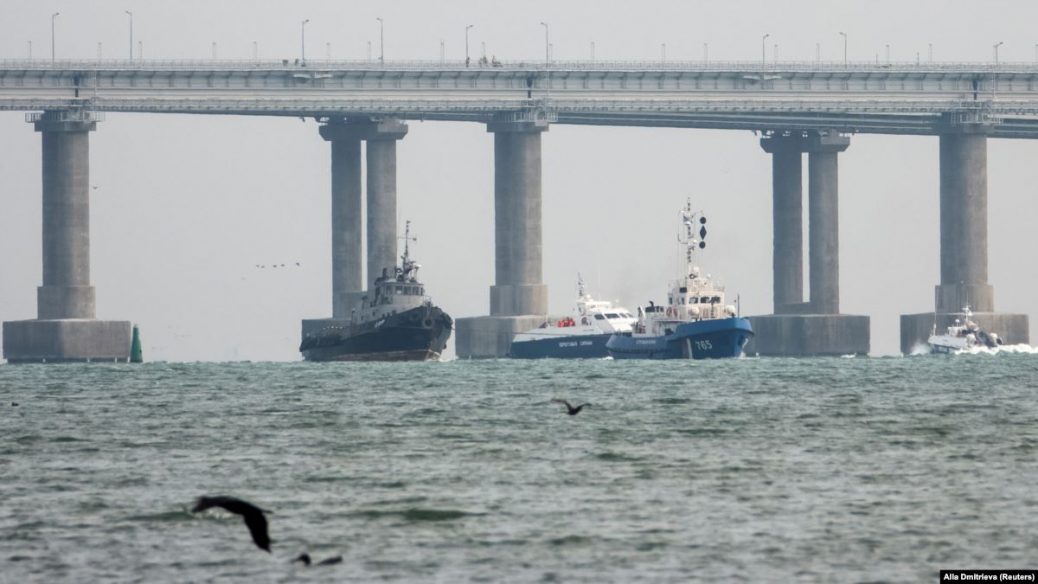 Russia has returned the Ukrainian Navy’s ships, which were captured with the use of weapons in the Kerch Strait area in November 2018.

At this time the ships are still heading to the shores of Ukraine. Russia seized them with crew members as they were heading from Odesa to Mariupol. 24 captured Ukrainian military sailors spent 10 months in the Russian pre-trial detention center. They returned home a little earlier than the ships – thanks to the exchange and not by decision of the International Tribunal for the Law of the Sea. Back in May, the Tribunal ordered Russia to immediately release sailors and return the ships.

Commenting on the delayed return of the ships, the Ministry of Foreign Affairs of Ukraine has stated that the Ukrainian side seeks to obtain from the tribunal the established fact of violation of the United Nations Convention on the Law of the Sea by Russia during the capture of the Ukrainian naval ships “Nikopol”, “Berdyansk” and “Yana Kapu” and their 24 crewmembers.

“Immunities of warships are the fundamental principle of the International Customary and Maritime Laws. Nobody has the right to violate them, and in case of violation one should bear full responsibility,” the Foreign Ministry of Ukraine stressed.

“According to the Order of the International Tribunal for the Law of the Sea of 25 May 2019, Russia was obliged to immediately return these vessels to the custody of Ukraine. It took Russians almost half a year for such a return. It will become clear following a careful inspection and expert evaluation in what condition the Ukrainian ships have been returned and whether any equipment and documents have been removed,” the ministry added.

Earlier, Deputy Minister for Foreign Affairs of Ukraine Olena Zerkal said that the Permanent Court of Arbitration in The Hague would conduct the first hearing on the violation of Ukraine’s rights on November 21.

According to her, Ukraine is going to “prove to the whole world and the arbitral tribunal that the passage on November 25, 2018 was peaceful and legal, and that the actions of the Russian Federation, including the criminal prosecution of our sailors, are a violation of international law.”

“At a later stage in the proceedings at the International Tribunal for the Law of the Sea, Ukraine will be able to talk about compensation for damage caused by Russia’s seizure of Ukrainian ships and seamen near the Kerch Strait,” Zerkal added.