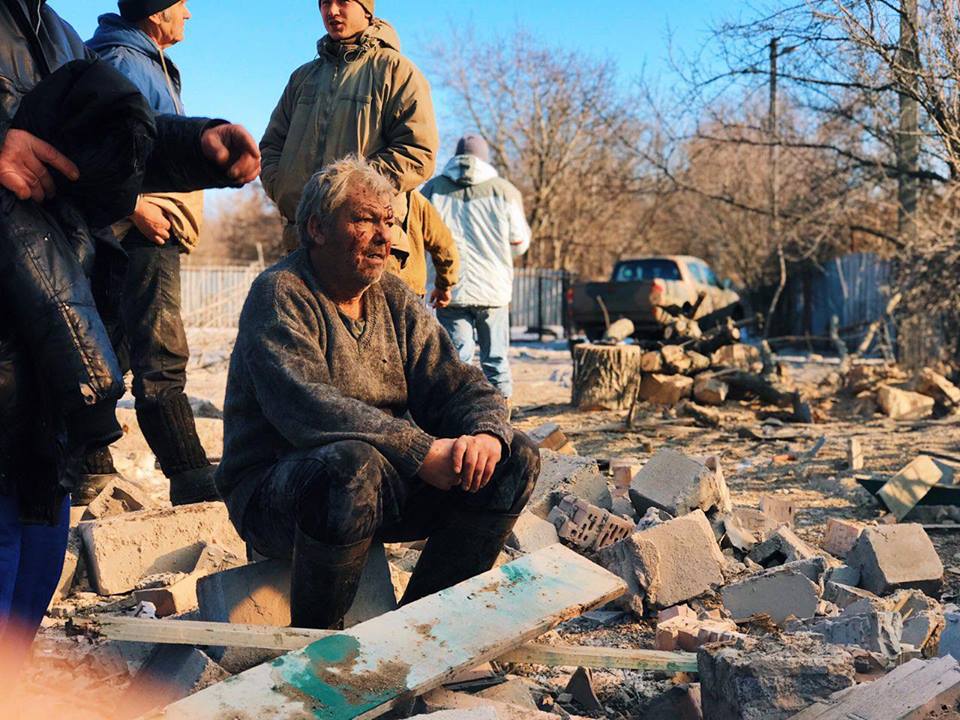 “On February 14 at 07:33 (Russia-backed militants) fired upon the Novoluhanske town in Donetsk region with precision-guided munitions launched from the Minsk-proscribed 152-mm artillery system,” the press center of the Joint Forces said.

“Shrapnel examined on the impact site confirms that Russian proxies used 152-mm guided artillery shells ‘Krasnopol’,” Joint Forces proceeded adding that munitions of this type are in service with the artillery units of the Russian Federation Armed Forces and are produced in Russia by the “Kalashnikov” group of companies.

“In course of the attack the shell hit the house of a local resident. The owner of the house, 70-year old retired Viktor Frolov was inside during the attack. He miraculously survived incuring minor injuries,” the Staff elaborated.

The incident comes as yet another example of Russia-backed militants continuously violating the international humanitarian law and the Minsk agreements, the Joint Forces emphasized.