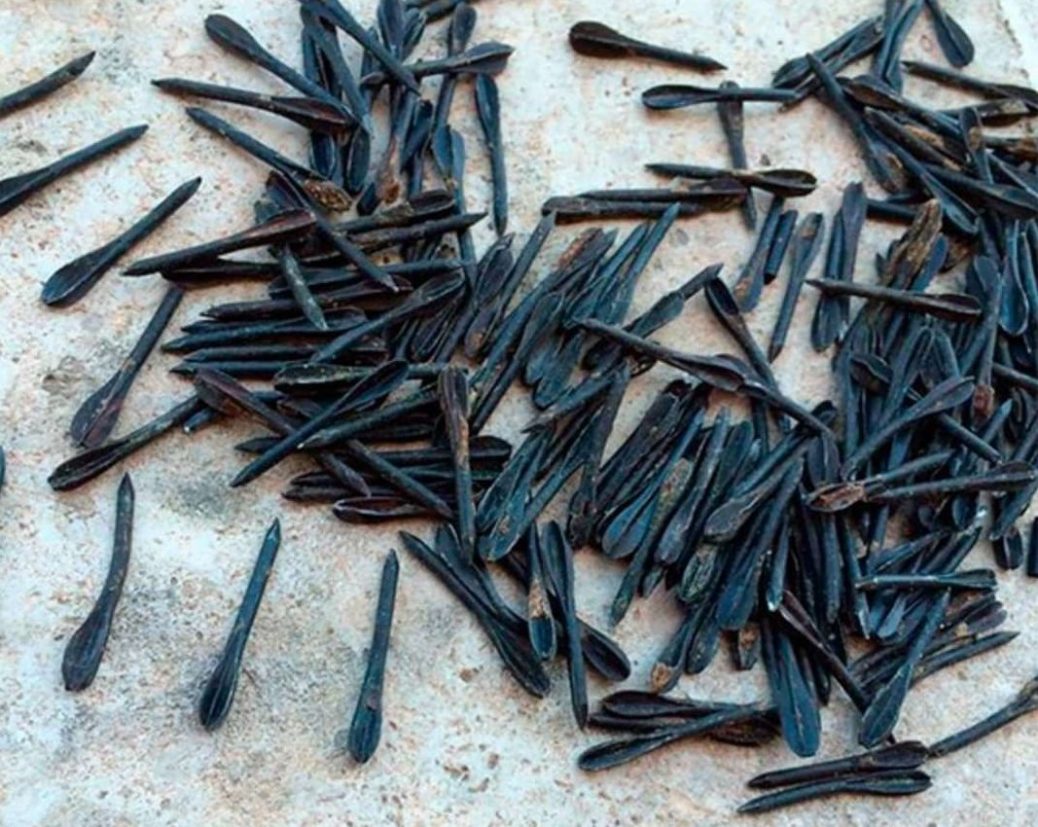 Russia continues to use banned weapons against civilians in Ukraine. In the city of Irpin, Russian army used striking elements for “ZSH2” howitzer projectiles prohibited by the Geneva Convention.

In the city of Irpin, the Russian army used striking elements for “ZSH2” howitzer projectiles prohibited by the Geneva Convention.

The Ukrainian military found fragments of such projectiles after the deoccupation of Irpin.

“ZSH2” is a 152-mm howitzer projectile with arrow-shaped striking elements. The projectile has an effective range of 500 meters.

This shrapnel is prohibited by international conventions, as it has enhanced combat characteristics. The projectiles explode in the air and cover a large area with striking elements. One such projectile fired from a howitzer carries up to 9,000 deadly arrows (the so-called “nails”).

In 2014-2015, “ZSH2” were used against the Ukrainian military in the occupied regions of Donetsk and Luhansk.

Despite international conventions prohibiting the use of weapons with indiscriminate lethal elements, Russia, led by Putin, has also used lethal weapons against the civilian population of Aleppo in northern Syria.

Earlier, the Muslims of Chechnya and Afghanistan felt the lethality of such howitzer projectiles, when the leaders of the Kremlin conducted the first tests of ZSH2 on civilians. Upon their return from Afghanistan Soviet troops from the so-called “international contingent of the USSR Armed Forces” described with horror the bloody events caused by the use of this weapon against the civilian population.