Home » Russia destroyed 90% of Trostyanets during 30 days of occupation

Russia destroyed 90% of Trostyanets during 30 days of occupation 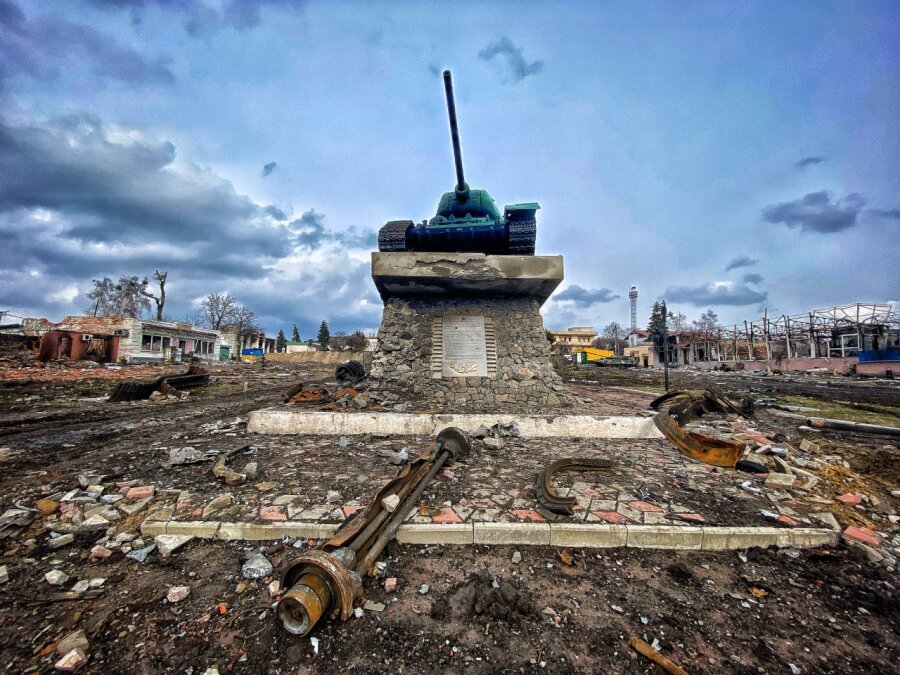 On March 24, it was liberated by “Kholodnoyartsi”, Territorial Defense, and local guerrillas, but the city was left without heating, electricity, water, and communications.

The following are the details from Trostyanets mayor Yuri Bova:

▪ On March 22, Trostyanets was the hottest spot in Sumy region and due to constant fighting it was impossible to put out the fires. In particular, the enemy hit the ammunition dump, which caused a very intense explosion.

▪Two Russian tanks fired at the hospital with people. Afterwards more Russian soldiers came, who continued to fire machine guns at the walls. About 30% of the building was lost. There is no undamaged department where people can be admitted.

▪Every day, the bodies of the dead or tortured are found in the city, and the exact number of citizens abducted or forcibly deported to Russia is still unknown.

▪About 10,000 citizens have already left through the green corridors or by themselves and the same number remains in Trostyanets.

▪The enemy left the equipment, which is still being found in the city. There are also a lot of ammunition, rocket-propelled grenade launchers (grad), tanks, which are transferred to the Armed Forces and will be used to repel the aggressor.

▪ Krasnotrostyanets forest research station, an architectural monument of the 19th century, was burned to the ground. There were unique fireplaces, oak steps, unique literature, which have been preserved for centuries. Local history museum, an 18th-century architectural monument, was also partially destroyed.

▪Blown up bridges. In the villages where Russian equipment passed, there is no asphalt any more, but a field of tank tracks. Many energy supply systems were destroyed, as well as gas pipelines and water networks.

▪As of today the town needs food and medicine first of all. Then film, glass, and building materials to rebuild infrastructure. Any humanitarian aid will be useful for the residents of Trostyanets.