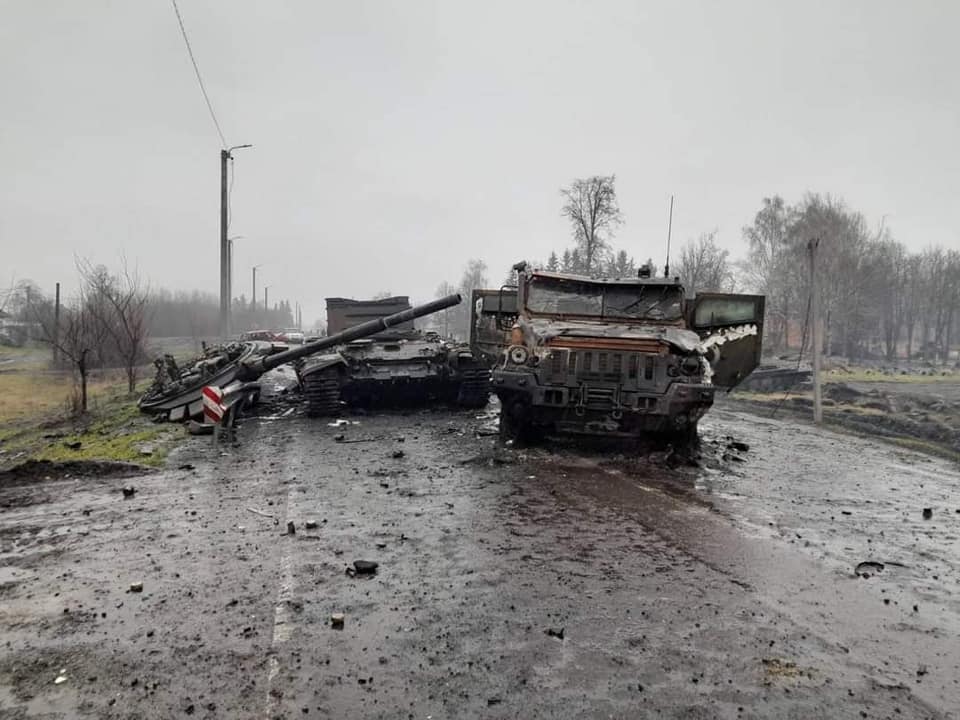 Operational information on the situation in Ukraine as of April 1, 2022 provided by the Ministry of Defense of Ukraine.

The 37th day of the heroic resistance of the Ukrainian people to the russian military invasion ends.

It inflicts systematic missile and air strikes on critical infrastructure facilities and residential areas of settlements.

Separate units of the 5th, 29th and 35th All-Military Armies of the Eastern Military District and the 155th Separate Marine Brigade of the Pacific Fleet are being withdrawn from the Chornobyl district to the settlements located on the territory of the republic of belarus area.

According to the available information, a railway echelon with the equipment of separate units of the 4th Tank Division of the 1st Tank Army of the Western Military District arrived at the Dolbino railway station (Belgorod region).

The situation in the Volyn direction has not changed.

It did not carry out offensive actions, its main efforts were focused on defending certain borders in order to cover the withdrawal of troops to the territory of the republic of belarus.

It mines areas and equipment that cannot be evacuated, destroys infrastructure to delay the advance of our troops.

According to available data, units of the Armed Forces of a russian federation, which are assigned to belarus, are concentrated on the territory of the Polissya Radiation Reserve in the areas of Kirov, Khilchikha, Narovlya and Volokhovshchina.

In the Siversky direction, a russian enemy did not conduct offensive operations, the main efforts were focused on covering the withdrawal of troops to the territory of the russian federation and deterring offensive actions of the Defense Forces of Ukraine.

In the Chernihiv direction, a russian enemy continues to blockade Chernihiv and inflict artillery strikes on residential areas of the city and positions of units of the Armed Forces of Ukraine.

In order to increase the grouping of troops, units of the 106th Airborne Division were moved from the settlement of Valuyky (Belgorod region) to the Pisky district (Kharkiv region), presumably to conduct hostilities in the Donetsk direction.

In the Kharkiv direction, the enemy continues to block Kharkiv, regrouping troops and shelling residential neighborhoods. It conducts air reconnaissance of the positions of units of the Armed Forces of Ukraine with the use of UAVs.

In the Izium direction, a russian occupiers continue to control part of the city of Izium and maintain pontoon crossings across the Siversky Donets River, regroup troops in order to create an offensive group.

In the Donetsk direction, a russian enemy continues to carry out fire and assault operations in most areas.

A russian enemy carries out fire damage and assault operations in order to establish control over the city of Mariupol.

It launched offensive operations in the directions of Velyka Novosilka and Rozdolne.

He was stopped in both directions.There is no significant changes in the position and movement of a russian enemy units were recorded in the South Buh area.Together to victory! We believe in the Armed Forces of Ukraine! Keep calm! Glory to Ukraine!