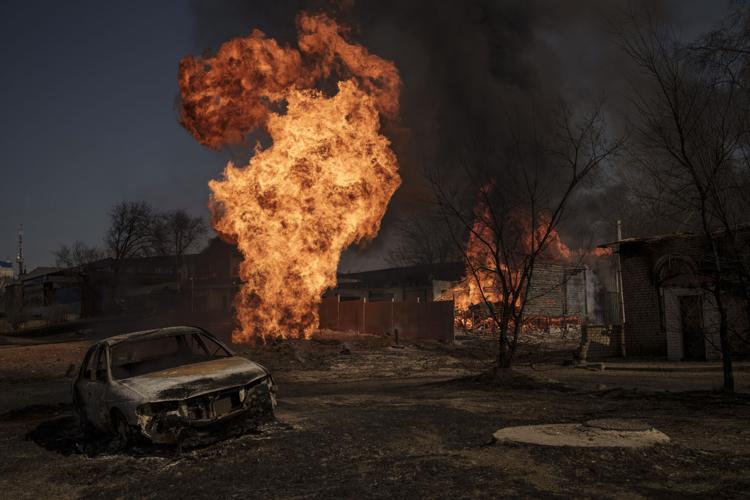 •          The Armed Forces of Ukraine liberated the town of Trostyanets in Sumy region from Russian occupation.

•          The aggressor carried out 2 missile strikes on Lviv, damaging the educational infrastructure. There were no human casualties, 5 people asked for help.

•          In Mariupol, the Russian occupiers forcibly took out doctors, patients and Mariupol residents, who were in the premises and basements of the city hospital No 1, in an unknown direction. The number of people is unknown.

•          Luhansk region was also under fire. The aggressor struck Lysychansk. The mine was de-energized, workers are underground. Rescuers are working.

•          The settlements of Kyiv region, in particular the city of Boyarka, was under fire. At least five houses were destroyed and some people are injured. One of them is a child.

•          As a result of shelling in Kharkiv region, the occupiers damaged a monument on the territory of the memorial complex in Drobytsky Yar.

•          Russian troops occupied the town of Slavutych. The death of three residents has been confirmed. In the morning, residents of the city took part in a peaceful rally.

•          In the temporarily occupied Melitopol, Zaporizhia region, Russian troops began to hunt those who do not want to obey the occupiers. The Russian commandant’s office gathers the heads of condominiums and asks to report on “where the Nazis live.”

•          41 people were wounded for past day in Mykolaiv region. Fortunately, there are no children among the victims. The victims were taken to medical facilities, where they receive the necessary assistance. In Mykolaiv hospitals there are 303 people who suffered from attacks of occupiers.