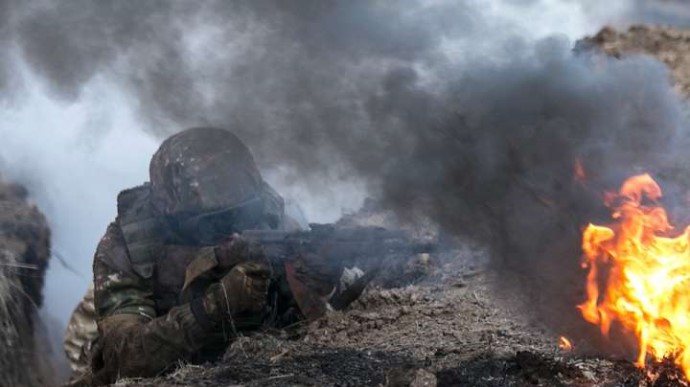 Operational information on the situation in Ukraine as of 24:00 March 22, 2022 provided by the Ministry of Defense of Ukraine.

The 27th day of the Ukrainian people’s heroic resistance against russia’s military invasion is coming to an end.

Russian occupation forces continue to conduct their strategic offensive operation against Ukraine. Due to a lack of success in their war against the Ukrainian people, the enemy has proceeded to turn to a total destruction of critical objects of infrastructure.

They continue to carry out artillery shelling and rocket attacks of residential neighbourhoods, historic architectural sites, schools, hospitals, and civilian industries.In towns and villages that peacefully resist the occupants’ armed forces, they resort to looting and violence against civilians.

Ukraine’s Armed Forces, in close cooperation with other defense service units, continue to hold down the occupied frontiers, carry out reconnaissance of the enemy in all directions of its advances, and fire back with all forces and means.

Thus, in the Donetsk and Luhansk directions, the enemy has attempted to move forward and secure their position, but had no success.

The military-political leadership of the republic of belorus continues the provide comprehensive support to the enemy’s military, by giving it the use of its airfield and transport network, certain healthcare facilities, and is acting as an accomplice in crimes against the Ukrainian people.

At the same time, there is the possibility of involving the armed forces of the republic of belorus in the war against Ukraine on the side of the russian federation.

However, according to the information available, a large number of personnel as well as some commanders are refusing to participate in the occupation of our state.

Air defense units hit enemy targets, namely 2 UAVs, 4 aircrafts and a “Point-U” missile. The losses of enemy personnel are estimated to be approximately 100 individuals (the losses of occupants are being confirmed).

We believe in the Armed Forces of Ukraine! Keep calm! Ukraine is on our shoulders! Glory to Ukraine!