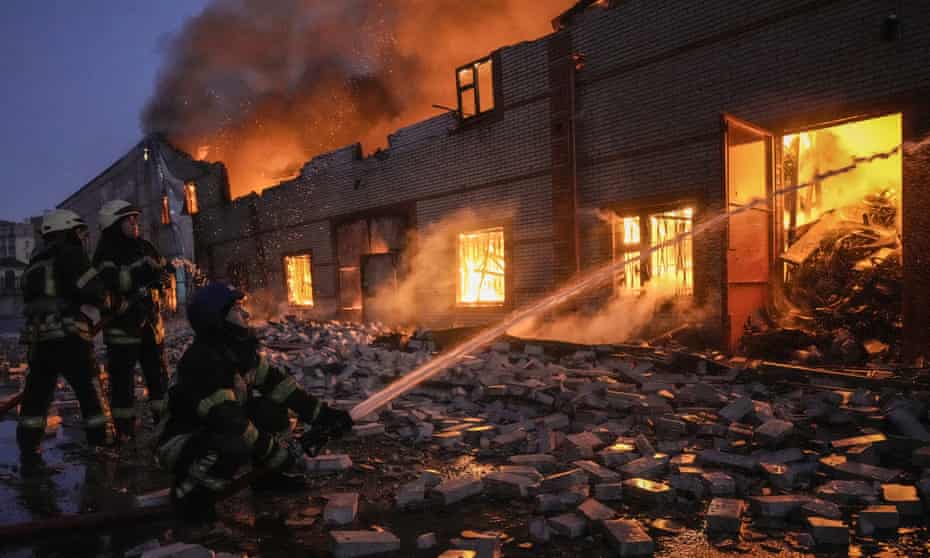 Operational information on the situation in Ukraine as of March 25, 2022 provided by the Ministry of Defense of Ukraine.

The 30th day of the heroic opposition of the Ukrainian people to the Russian military invasion is coming to an end.

During the current day there have been no significant changes in the tactics of the enemy. The enemy focused its efforts on replenishing current losses, regrouping and strengthening existing units, and striking with artillery and air strikes on both military and civilian infrastructure. As a feature, it should be noted the movement of additional artillery units to the border with Ukraine (data to be clarified).

In addition to conducting ground and air campaigns, the enemy is trying to continue preparations for the introduction of Russian rubles in the temporarily occupied territories of Kherson and Zaporozhia regions instead of the hryvnia. In the Kharkiv region, the enemy is restricting the movement of civilians by setting up a network of checkpoints.

The occupiers do not stop trying to suppress the resistance of the inhabitants of the Ukrainian cities of Kherson, Henichesk, Melitopol, about 90% of whose population are against the Russian invaders, with the involvement of Rosguard units.

Regarding the actions of the enemy in certain areas.

The enemy did not conduct offensive operations in the Volyn direction. Involvement of certain units of the armed forces of the Republic of Belarus in the aggression against Ukraine remains probable.

In the Slobozhansky direction, near the city of Sumy, the main efforts were focused on consolidating and retaining the previously occupied borders; in the area of ​​the city of Kharkiv continues attempts to block our units and tries to carry out demonstration actions, damages the infrastructure and defense facilities of the city. It is trying to increase efforts in the direction of Izyum by moving additional units and equipment.

In the Donetsk direction, the enemy continues to regroup to resume offensive operations in order to reach the administrative borders of Donetsk and Luhansk regions.

In the South Bug direction, it is taking measures to restore combat capability, replenish supplies, in order to prepare for the resumption of offensive operations.

Ukraine’s defense forces continue to defend Ukraine both on the ground and in the air, gradually liberating it from the Russian occupiers.