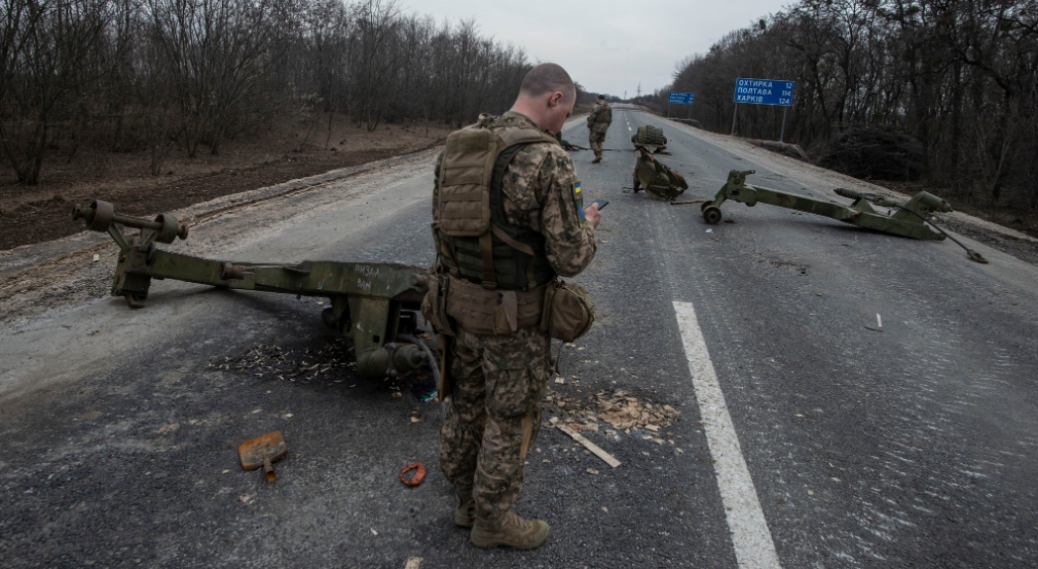 Operational information on the situation in Ukraine as of March 28, 2022 provided by the Ministry of Defense of Ukraine.

The 33d day of the heroic resistance of the Ukrainian people to the russian military invasion is ending.

The Defence Forces of Ukraine continue to conduct a defence operation in the Eastern, Southeastern and Northeastern directions, focusing on:

– preventing the advance of the enemy in the directions of the settlements of Slovyansk and Barvinkove;

– creating conditions for improving the tactical situation in the area of the city of Chuhuiv;

– deterring enemy attacks in the areas of the settlements of Rubizhne, Lysychansk, Popasna, preventing the bypass of the main forces of the group.

At the same time, the Defence Forces of Ukraine continue to maintain the circular defence of the city of Mariupol and defend and deter the advance of the enemy in the Chernihiv region.

In order to improve the operational situation and maintain the outer line of defence, the group defending Kyiv is continuing hostilities and controlling the situation in the settlements of Motyzhyn, Lisne, Kapitanivka and Dmytrivka.

The enemy is weakened, disoriented, much of it is cut off from logistics and the main forces.

The command of the russian occupying forces is trying to compensate for the decline in the combat potential of the enemy’s units by indiscriminate artillery fire and rocket-bomb attacks, thus destroying the infrastructure of Ukrainian cities.