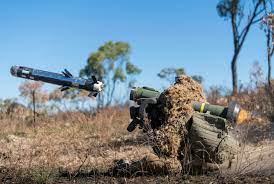 It is the twelfth day of the heroic resistance of the Ukrainian people to the Russian military invasion.

The enemy continues the offensive operation against Ukraine, concentrating its main efforts on encircling the cities of Kyiv, Kharkiv, Chernihiv, Sumy, Mariupol, and Mykolaiv. It does not stop trying to reach the administrative borders of Luhansk and Donetsk regions.

In the occupied territories, the enemy immediately tries to establish an administrative-police regime with the help of undisguised terror against the local population.

The occupiers are preparing to attack Vyshhorod.

Besides, the enemy is preparing to resume the offensive in the following sectors: Gostomel, Irpin, and Stoyanka.

The Russian invader is trying to provide tactical advantage in Brovary and Boryspil districts. The occupiers are trying to gain control of Chernihiv and are concentrating units of the 41st General Army of the Central Military District near its southern outskirts. They are trying to prepare for the attack on Sumy.

In the Slobozhanshchyna sector, the enemy is trying to continue the offensive towards Dnipro with the help of units of the tank army, two combined-arms armies and the army corps.

The main efforts are focused on Kaniv, Dnipro and Sieverodonetsk. The enemy is regrouping to continue the offensive in the above directions in order to take control of Kaniv HPP.

In the Donetsk sector, the enemy with forces of up to seven BTGs continues offensive operations towards the cities of Dnipro and Zaporizhzhia in order to reach the administrative borders of Donetsk region. Despite heavy losses, it is moving towards Volnovakha.

Although the occupiers made repeated attempts to break through the Ukrainian lines in the vicinity of Staromlynivka and to capture Zachativka, they suffered significant losses and retreated to Lyubymivka.

At the same time, the enemy is trying to break through to Mariupol from its western outskirt and Staryi Krym, but without success.

The enemy is regrouping for further attack on Zaporizhzhia. It urgently restores the Melitopol airfield runway.

In the Bessarabian sector, the enemy is not taking active actions, but the servicemen of the operational group of Russian troops in the security zone of the self-proclaimed Pridnestrovian Moldavian Republic are on high alert.

Despite the large number of troops, the occupiers have a low moral and psychological condition. In the event of losses, enemy units lose their offensive potential and surrender en masse to the Defenders of Ukraine and the civilian population.

We protect our Ukrainian land! Ukraine is the shield of Europe and the whole civilized world! Glory to Ukraine!

Operational information on the situation in Ukraine as of 18:00 March 7, 2022 regarding the russian invasion.

The twelfth day of the heroic resistance of the Ukrainian people to the Russian military invasion continues.

The Defense Forces continue to conduct a defence operation within the Southern, Eastern and Northern Operational Zones, and the Joint Forces – in the eastern part of the Donetsk Operational District.

Protection of important districts and roads of movement, defence of the city of Kyiv continues.

The Air Force of the Armed Forces of Ukraine repulses concentrated missile and air strikes and air attacks of the enemy, air cover of important (critical) objects of Ukraine and groups of troops.

The occupiers plan to intensify aviation in order to launch missile and bomb strikes on major cities of Ukraine and industrial infrastructure. To fulfil this goal, the aviation units of the Central and Eastern Military Districts are being transferred to the territory of the Republic of Belarus.

In the village of Myla, Kyiv region, a unit of Kadyrov mercenaries is shelling civilians.

Enemy groups operating in certain areas of Konotop and Okhtyrka lost up to 50 percent of their personnel. To continue the offensive, they need to regroup and replenish supplies.

The insidiousness of the occupiers is manifested in the tactics of terror against the civilian population, the shelling of humanitarian convoys organized by the Ukrainian authorities, the organization of propaganda convoys and attempts to legalize the occupying power in some occupied territories.

The moral and psychological state of the enemy remains extremely low and tends to deteriorate. In some areas, the occupiers are throwing out their own documents and trying to return to Russia.

Remember, we are defending our Ukrainian land! Ukraine is the shield of Europe and the whole civilized world!Trust only proven sources, do not panic and continue the total resistance.