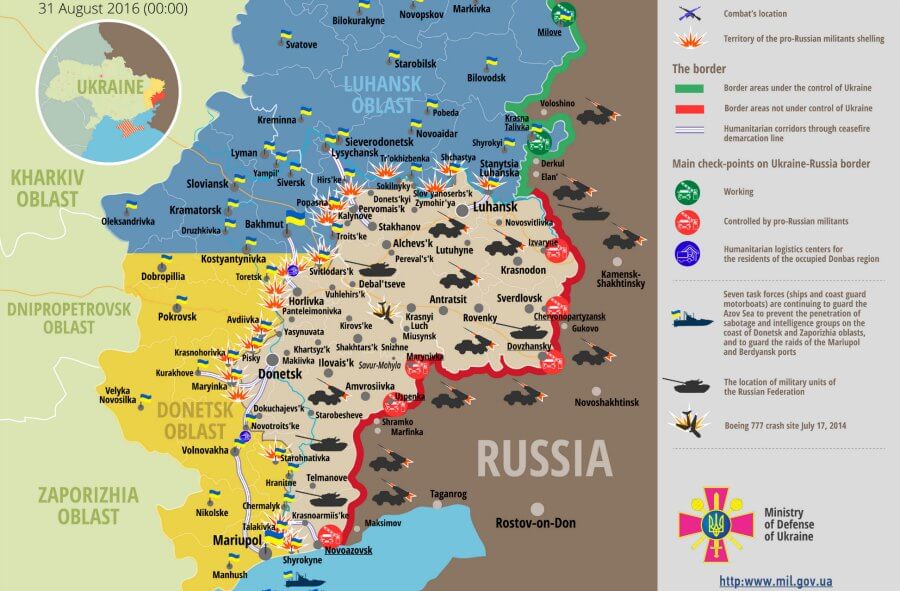 (1) The situation in the war zone in eastern Ukraine remains tense. Russian hybrid forces opened fire 75 times upon Ukrainian troops positions over the last day, including: 26 on Luhansk direction, 24 on Donetsk direction and 25 on Mariupol direction;

(2) Luhansk direction: the use of Russian heavy artillery reported in Novozvanivka and Novooleksandrivka, where the enemy released about 50 shells of 152-mm caliber; in addition, the enemy released 25 artillery shells upon Ukrainian troops in Popasna; Russian occupiers fired with mortars, grenade launchers and small arms in Novooleksandrivka and Stanytsya Luhanska; the enemy opned fire from forbidden 120-mm mortas in Schastya and Zhovte and used grenade launchers and machine guns in Novozvanivka, Krymske and Zolote;

(5) 5 Russian UAVs were spotted over the sky in the war zone in eastern Ukraine for the last day on Luhansk and Mariupol directions;

(6) Russia’s armed forces and their proxies losses in the war zone in eastern Ukraine over the last 24 hours: 3 killed and 8 wounded;