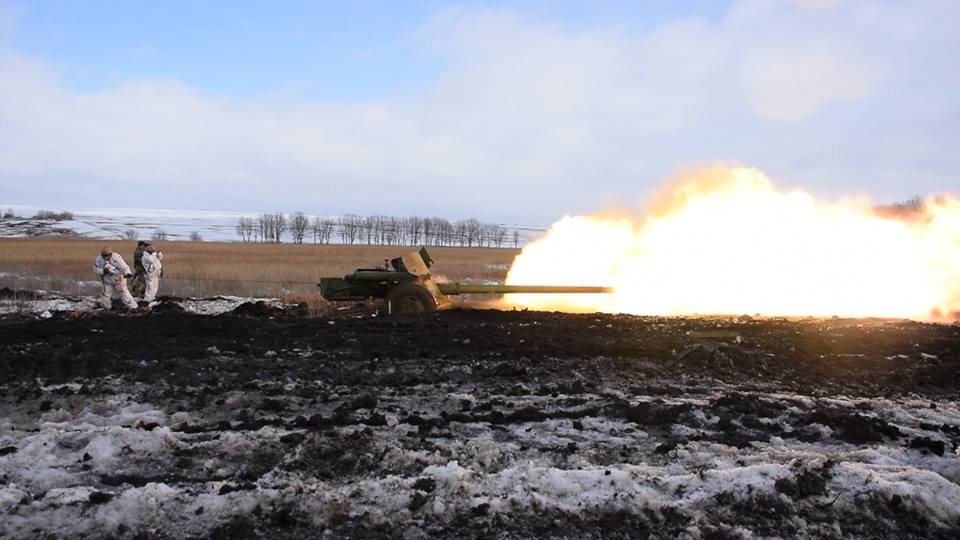 (1) Russian hybrid forces launched 5 attacks in the war zone in eastern Ukraine for the past day, including 1 attack with the use of the weaponry forbidden by the Minsk agreements.

small arms – in the area of Maryinka,

(3) Russian occupiers used the following weaponry during attacks in the North area:

rocket-propelled grenade – near the settlement of Travneve, in the area of Bohuslavske,

APCs – in the area of Bohuslavske,

small arms – in the area of Stanytsya Luhanska and the settlement of Travneve.