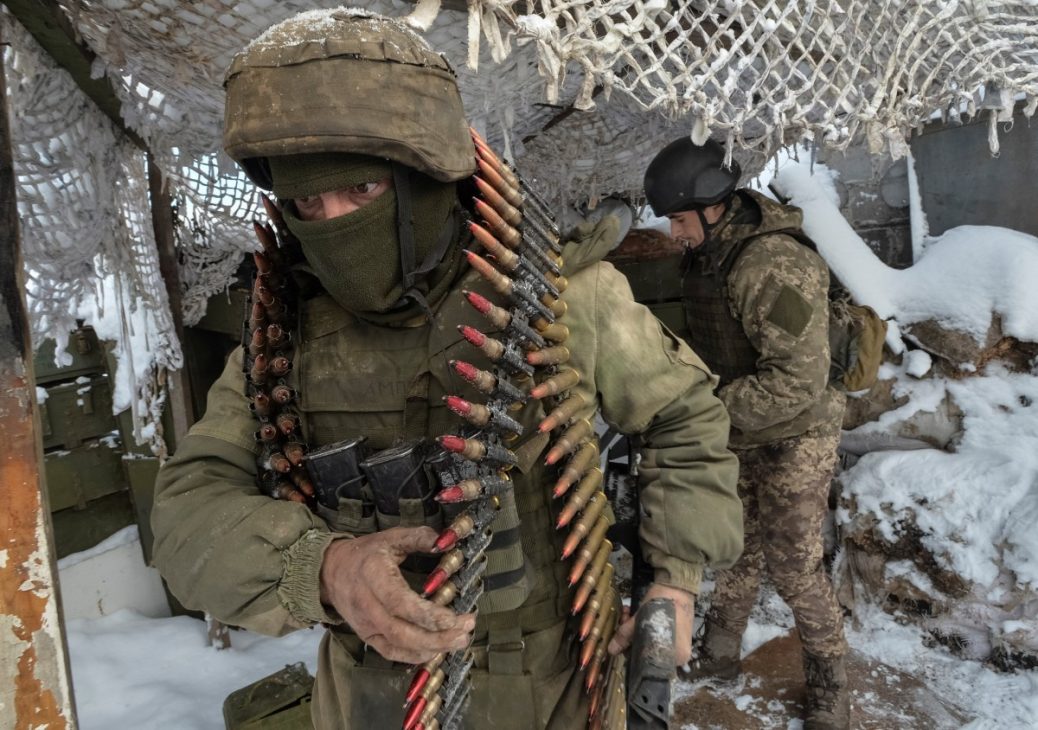 (1) Russian hybrid forces launched 6 attacks in the war zone in eastern Ukraine for the last 24 hours, including 2 with the use of forbidden weaponry.

automatic grenade launchers – in the area of Vodyane,

greande launchers – near the settlement of Pishchevik,

high caliber machine guns – in the area of Vodyane.

(3) Russian forces fired with the following weaponry in the North area:

forbidden 82-mm and 120-mm mortar launchers – near the settlement of Troyitske (2 times),

(4) Russian forces losses over the last day are as follows: 1 killed in actions and 3 wounded in actions.

(5) No lethal casualties as well as no wounded in action reported among Ukrainian servicemen for the past day.