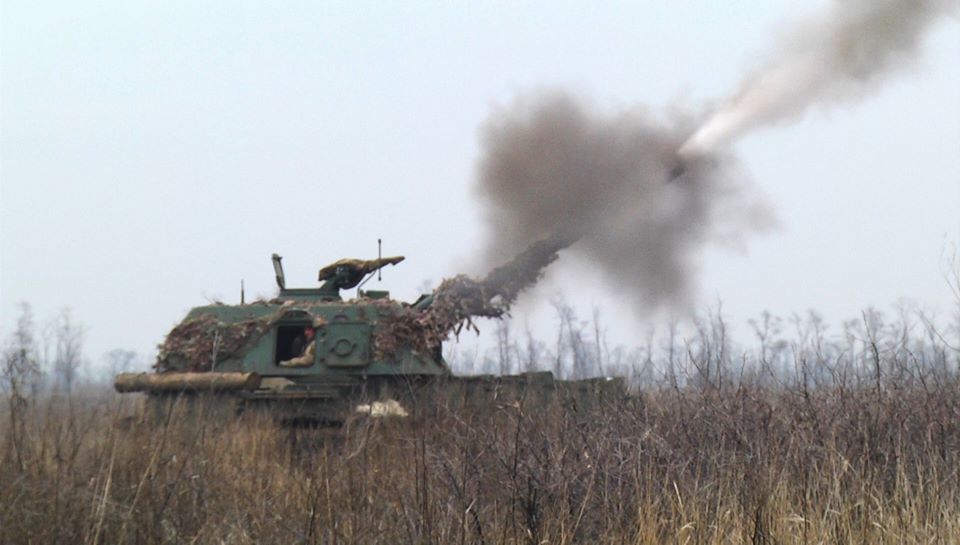 (1) Russian hybrid forces increased to 13 the number of attacks in the war zone in eastern Ukraine for the last day. The enemy used all types of forbidden hard weaponry against Ukrainian troops and released in total 81 mines upon Ukrainian troops positions.

grenade launchers of different systems – near Orikhove (4 times) and Luhanske,

(4) 3 Ukrainian servicemen were wounded in actions in the war zone in eastern Ukraine for the last 24 hours.