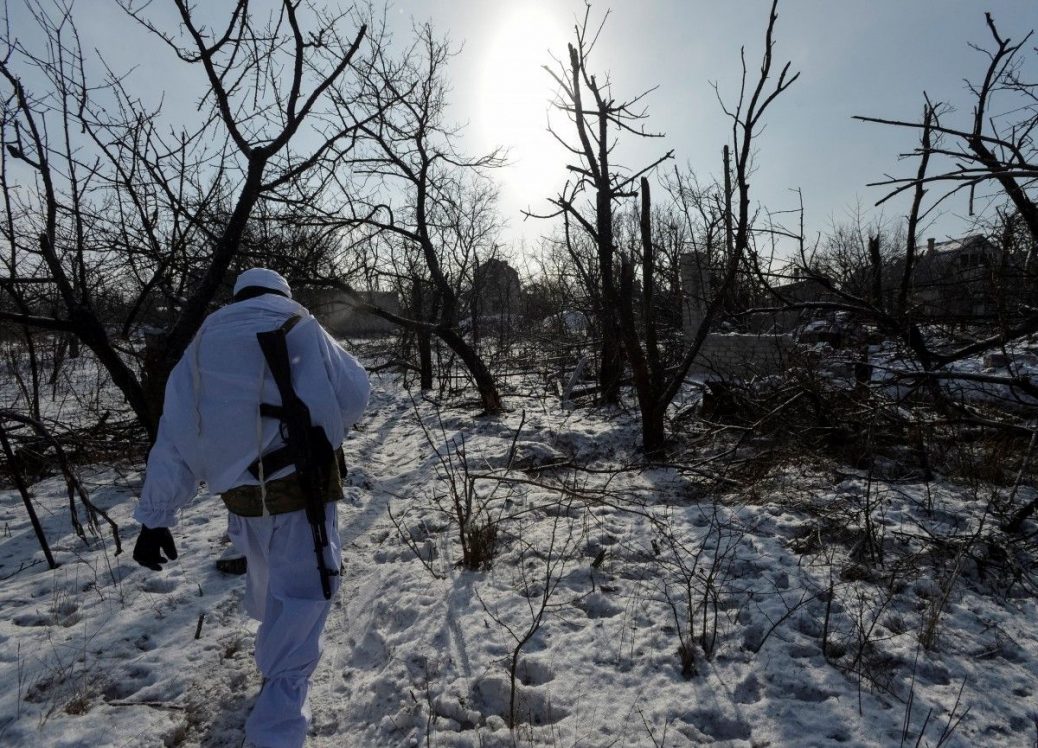 (1) Russian hybrid forces launched 16 attacks with the use of forbidden weaponry in the war zone in easrtern Ukraine during the last day.

(2) Russian occupiers during sheeling upon Ukrainian troops positions in the East area used such types of weaponry as:

forbidden 82-mm mortar launcher – near the settlement of Pisky (2 times) and near Vodyane,

grenade launchers of different systmes –
near the village of Pavlopil (4 times), in the area of Hnutove (2 times), in Kamyanka, near the settlement of Pisky (2 times), near Shyrokino and Krasnogorivka,

high caliber machine guns – near the village of Pavlopil (4 times), in Hnutove (2 times) and near Novomykhaylivka, and

small arms – near the village of Pavlopil (4 times),
in the area of Hnutove (2 times) and near Novomykhaylivka;

(3) Russian forces launched attacks with the following types of weaponry in the North area:

grenade launchers of differnet systems – near the settlement of Vylnuy and near the village of Krymske (2 times),

high caliber machine guns – near the settlement of Vylnuy;

(4) Russian hybris forces losses over the last day are as follows: 1 killed in action and 2 wounded in action.

(5) No lethal casualties reported, but 1 Ukrainian serviceman was wounded in actions for the past 24 hours.