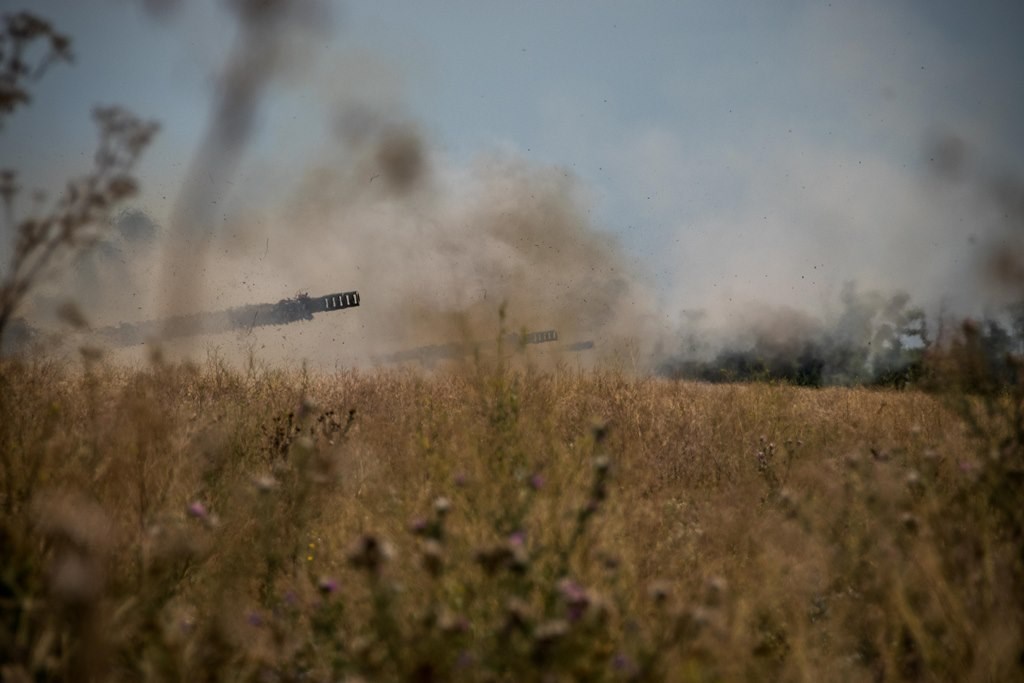 (1) Russian hybrid forces increased to 17 the number of attacks in the war zone in eastern Ukraine over the past day, including 1 case of the use of forbidden weaponry against Ukrainian troops.

(2) Russian forces launced 14 attacks with the following types of weaponry in the East area:

grenade launchers of different systems – near Mykolayivka and Bogdanivka (2 times),

(3) Russian proxies launched 1 attack upon Ukrainian troops positions with the below types of weaponry in the North area:

(5) No losses reported among Ukrainian troops for the last 24 hours.